Thoughts on the New 5K iMac [u] 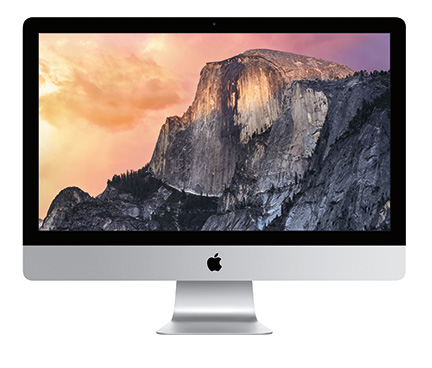 [ Updated Dec. 15 with a response from Ambrosia Software. ]

Since I was in the process of buying computers for our new office, I decided to add one of these to my shopping list. And, after a wait of about 3 weeks, my unit arrived right after Thanksgiving. I’ve been using it now for around two weeks and wanted to share its strengths, weaknesses and my reactions to using it.

This isn’t really a “review,” since I’ve already purchased the unit. Think of this more as a “user report.” 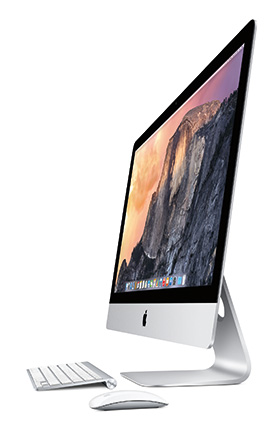 I am a big fan of 27″ iMacs for most video editing. They are an excellent balance of power vs. price. Yes, the MacPro is faster, but, given current configurations, the significant increase in price is not offset by enough of an increase in speed – especially regarding video compression and, to a lesser degree, editing.

The 5K iMac fits comfortably into the iMac family, though at the high-end of the price range.

From my perspective, if you need the increased screen resolution for editing 4K – or larger – video files, or need all the pixels you can get for high-resolution Photoshop work, the 5K iMac is the perfect system.

For anyone else, I recommend a Retina-display 27″ iMac because, if you exclude the higher resolution, the specs between the two are about the same.

NOTE: I’ve had problems with screen captures with the 5K iMac. Details below.

WHAT THE 5K IMAC DOES

There is no question that iMac systems are stunning to look at. The 5K continues that design motif.

“Specifically, this iMac projects 14.7 million pixels (at a native resolution of 5120 x 2880 resolution), which is four times the pixels offered by the standard 27-inch iMac. And it does so, according to Apple, while using 30 percent less power. This is accomplished through the use of more efficient LEDs along with a special timing controller that coordinates the pixels. Additionally, Apple has introduced something it calls Compensation Film, which helps ensure solid contrast even when viewing the display off-axis.” (MacWorld review)

The big difference in this computer is the monitor. Here’s a good article from Extreme Tech that examines what Apple is doing under the hood to make this screen possible.

Aside from the screen, though, the rest of the computer is essentially the same as existing iMac’s because they are all using the same family of Intel processors. (Intel is rumored to be having problems delivering the next set of chips, which, if true, means that it will be a while till we see significant performance upgrades in these computers.) 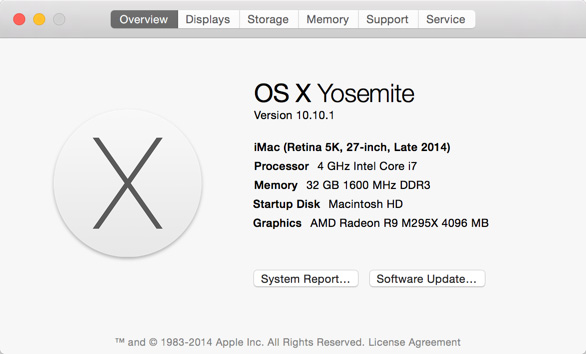 When I bought this system, I configured it for video editing. Here is how I set it up. I figured that, since I was spending the money for a high-performance screen, I’d max out the rest of the system. It came configured with OS X Yosemite. 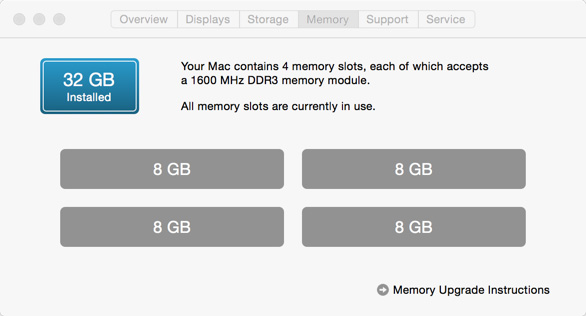 I upgraded the RAM to 32 GB from OWC and saved about $300 compared to Apple’s RAM prices. (Yes, I needed to throw away the 8 GB of RAM that came with the system from Apple.) 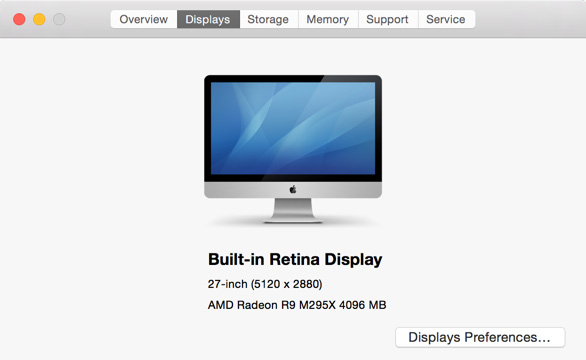 I took the best GPU (Graphics Processing Unit) that Apple offered. Today, both Apple and Adobe are heavily using the GPU in all their image processing software. With the exception of a system dedicated to video compression, it is better to invest in a better GPU than a faster CPU. 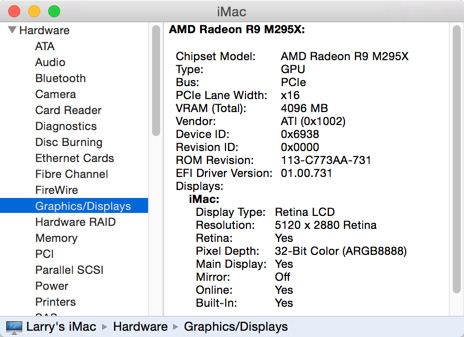 For those that like the details, here’s the info on the GPU.

I’m a big fan of the Apple Fusion drive. It has all the speed benefits of an SSD drive, with all the storage capacity of a standard spinning hard disk. However, I use external drives for all my media storage, so I only needed 1 TB for the internal drive. 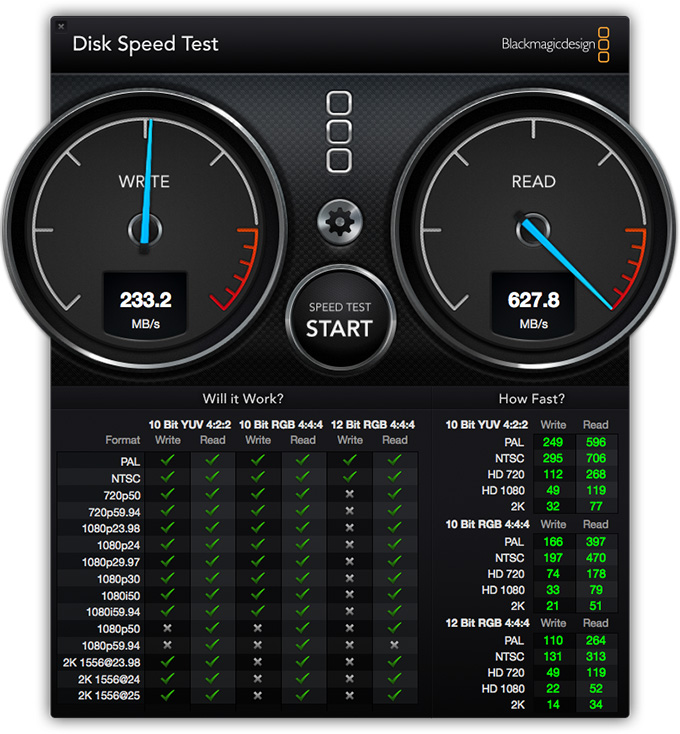 In fact, when measuring the speed of this system, while the write speeds are slower than most RAIDs, playback speeds support just about every video format you would want to edit. I’ve seen faster READ speeds on my 2013 MacBook Pro and a loaner MacPro, but 600 MB/second is fast enough for just about anything you need to edit.

NOTE: The green checks indicate video formats that can be played (Read) or recorded (Write) successfully with this system. For most video formats today, editing performance is not CPU-dependent, but storage and GPU system-dependent.

I paid about $3,200 (US) for the system illustrated in this article. If I were to buy this system again, or recommend one to a friend, I’d make the same configuration decisions.

However, there is a problem with this system – at least for me. Because of how Apple creates the 5K display, essentially using the engineering equivalent of pixel doubling, screen captures look weird. 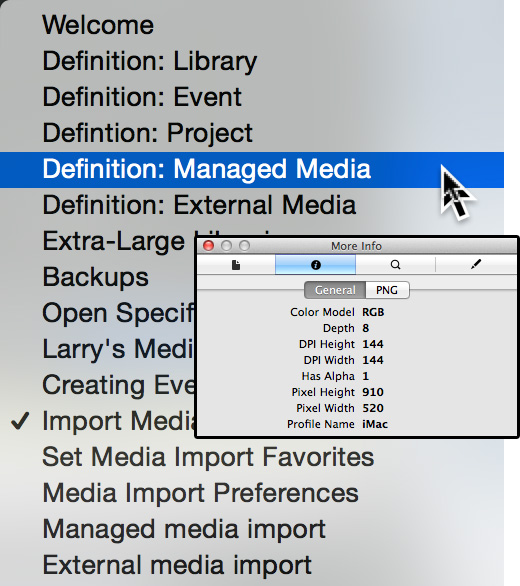 I am a HUGE fan of Ambrosia’s SnapZ Pro for screen captures. However, when using SnapZ for normal screen captures, this is what happens. All screens are captured at double the image size. Why? Because the software is capturing the image at 144 DPI, rather than the normal 72 DPI used by all traditional screen capture and web images.

When you pull this image into Photoshop, it is displayed properly, but at the wrong resolution (144 vs 72 DPI). 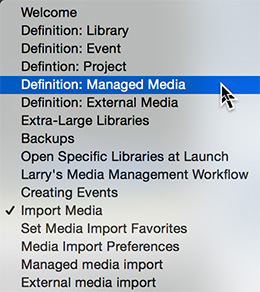 When the image is scaled to the correct size, the text looks decidedly worse than it did on the screen originally. 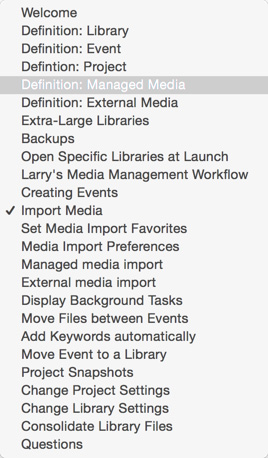 By comparison, screen shots captured by TechSmith’s SnagIt are captured properly but SnagIt doesn’t have all the screen capture features of SnapZ.

After I published this article, I received the following message from Ambrosia Software: “We are aware of the incompatibilities between Snapz and Yosemite and while there is an update planned for the near future we cannot give you an ETA of the release.”

If a principle use for the iMac is screen captures, as it is for my training, you might be better off staying with a standard Retina-display iMac. There will, I’m sure, be a resolution to this issue, but it was a problem that I didn’t expect that is causing me to consider moving back to a standard iMac.

I edit almost daily on three different iMacs: the 5K, a mid-year 2014 27″ iMac and a 27″ iMac purchased in Dec. 2013. All three have Fusion drives and all three feel about the same when it comes to editing performance.

If you need to see big images on a big screen where both the computer and the images look beautiful, the 5K iMac is a great choice. Text is crisp, easy to read even at small point sizes, and images look great.

The 5K iMac is beautiful, but not for everyone.

30 Responses to Thoughts on the New 5K iMac [u]