One of the most popular questions I get asked is: “I’m using Final Cut Pro 7. Should I buy Adobe Premiere Pro or Apple Final Cut Pro X?”

Let me start by saying both applications are used by professionals around the world every day. Both are made by excellent companies, with devoted teams of programmers supporting and improving them. Both applications are frequently updated with bug fixes and new features. And, if you were to edit a project in either one a trained expert could not tell by looking at your cut which software you used. (Though they could tell by looking at titles and effects, which vary by vendor.)

In other words, both applications deliver world-class, high-quality results.

So, why should a Final Cut Pro 7 editor consider Adobe Premiere Pro CC?

Recently, I sat down with the folks at Adobe to discuss that very question. And, it should not surprise you that Adobe thinks that Premiere Pro is the application of choice. We only had two hours for the discussion, so there wasn’t enough time to discuss every difference between the two applications. But, this is a start. 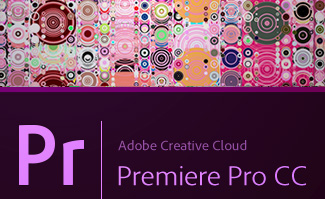 In an interesting quirk of history, Adobe Premiere Pro, Final Cut Pro 7 and Final Cut Pro X were all designed by the same man: Randy Ubillos. Randy, whom I’ve met twice, did not do all the programming – these applications are far too complex for one individual to program in their entirety – but he set the strategic engineering direction for all of them.

From my point of view, Adobe has modeled recent versions of Premiere Pro after Final Cut Pro 7; extending it to run efficiently on today’s hardware. The big sea change occurred with CS6, when Premiere adopted FCP 7’s keyboard shortcuts, much of its nomenclature, its media handling and many of its features. This is not a bad thing. Final Cut Pro 5 – 7 had something like 2 million users, while Premiere Pro had only a fraction of that. If I were going to emulate something, I’d pick the biggest market I could find.

In other words, Premiere Pro CC looks and operates very much like Final Cut Pro 7.

Final Cut Pro X, on the other hand, took a different path. It looked at the new world of digital video and built itself upon a foundation where film and tape are no longer important. (This is not the same as saying film and tape don’t exist, simply that they are less important than digital media files.)

Over recent versions, it has seemed to me that Adobe was working hard to have Premiere Pro achieve feature parity with FCP 7; though from a performance point of view, Premiere blows the doors off Final Cut Pro 7.

Given that as background, earlier this week I sat down with the folks at Adobe to explore the question of “If I were a Final Cut Pro 7 user, why should I consider Premiere Pro?” 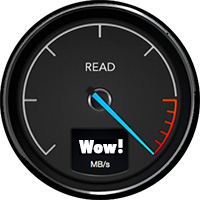 Premiere Pro runs on both Mac and Windows systems. Without getting into the inevitable Mac vs. Windows debate, supporting both platforms gives editors the ability to choose the best platform for their work.

Premiere Pro supports all the latest Mac hardware. It is fully 64-bit, multi-threaded and multi-core, and fully supports the GPU in your system.

NOTE: Final Cut Pro 7 only effectively used 1 processor and, with just a few exceptions didn’t support the GPU at all. Also, because it was only 32-bit enabled, FCP 7 would only access 4 GB of RAM, regardless of how much RAM was installed on your system.

Premiere Pro supports all modern codecs and cameras. In fact, Premiere can handle projects larger than 6k and Adobe actually has a few customers testing 8k. (Both FCP 7 and Premiere allow mixing different frame sizes, frame rates, and codecs on the same Timeline.) Here’s an Adobe blog that explains this in more detail.

NOTE: As I was writing this article, Adobe released the 8.0.1 update to Premiere which focuses almost exclusively on improving performance.

The GPU is used for:

NOTE: In order for Premiere Pro to “recognize” the GPU, the computer needs a minimum of 768 MB of RAM on the GPU.

We can create a new After Effects comp in Premiere, import comps from After Effects without rendering them first, and/or convert the Timeline into an AE comp. This was enhanced in the latest release with the Live Text Templates allowing an AE comp to be saved in such a fashion that the text is editable in Premiere.

NOTE: Adobe plans to significantly enhance this Live Text feature in the future.

When it comes to Photoshop, we can create new PSD files directly in Premiere Pro. (Though both Premiere Pro and FCP 7 allow you to link to a PSD file, update the file in Photoshop and have those changes instantly reflected in Premiere, or FCP 7.) For editors working with still images, this hot link is a very cool feature.

There is no limit to still image size in Premiere. If Photoshop can create it, Premiere can edit it. Keep in mind, however, that video formats have very specific frame size parameters. Large still images should be used for pan-and-scan moves; also called the “Ken Burns effect.”

NOTE: According to Adobe, Final Cut Pro 7 processes Photoshop images as though they were created by Photoshop 3 (not CS3). This is why elements like layer effects are not supported. Premiere supports all the layout and design features in Photoshop, including embedding vector-based Illustrator files in a Photoshop document.

You may have noticed, when you opened an AE comp in Premiere, that a new service started along with the import: Dynamic Link Server (DLS).

The Dynamic Link Server is actually a headless version of After Effects running in the background. “Headless” means that it can do anything After Effects can do, but has no user interface. This allows Premiere to play any AE comp, without actually knowing what’s in it.

A big benefit to Premiere is that we don’t need to spend time rendering. For most video formats, running on most modern computers, rendering is no longer necessary. (I spent a chunk of time talking with Adobe about this whole issue of rendering and transcoding to try to understand it better.)

NOTE: Adobe’s goal is to have essentially equal performance whether running on OpenCL or CUDA, Mac or Windows.

What Premiere does, internally, is play all media using the camera native codec, but calculate all effects using 32-bit floating point math. This means that video plays in the same format that you shot it, but all effects are calculated with extreme accuracy, yielding very accurate results without needing to render.

In fact, most exports can be completed without first rendering the file. (Slow hardware, high-resolution images, or multiple simultaneous effects may require rendering.)

Due to architecture restrictions, Premiere Pro can’t open multiple projects at the same time; unlike FCP 7; though, like FCP 7, Premiere supports an unlimited number of clips and Timeline sequences in a single project file.

However, using the Media Browser in Premiere, you can view the contents of any Project stored on your hard disk, then import any media or sequences contained in a separate project directly into the project you have opened in Premiere.

Click the small orange badge and Premiere lists every occurrence in the Timeline where media from that clip is used.

When replacing a clip in the Timeline, Premiere replaces clips based upon timecode, while FCP 7 replaces based on frame numbers. Timecode, Adobe tells me, is much more accurate.

The History panel in Premiere shows the last 32 steps you made during your edit; though it can be customized to show the last 100 steps using the Panel menu. This allows you to jump back to any arbitrary point in your edit, rather than needing to undo backwards one step at a time.

Effects can be applied to a master clip located in the Project panel, which causes that effect to appear in every related clip in the Timeline.

Effects can be applied to all selected clips in the Projects panel, without having to first open them in the Source monitor (Viewer).

A difference between FCP 7 and Premiere is that, once a clip is edited into the Final Cut Pro 7 Timeline, you can change it as much as you want without affecting the master clip. In Premiere any changes made to the Timeline clip are reflected back into the master clip.

NOTE: FCP linked the master clip to the Timeline clip based upon: file name, timecode, auxiliary timecode and reel ID. Premiere’s links are much more extensive. which is why adding effects to a master clip works in Premiere.

While Premiere Pro can not read Final Cut Pro 7 project files, it can read FCP 7 XML export files with no additional conversion. This means that all you need to do to move a FCP 7 project to Premiere is export the selected project from FCP 7 as an XML file, then import that XML file into Premiere.

NOTE: When transferring files, media and your edits will transfer with no problem. However, transitions, effects, text and color correction settings will, in most cases, not transfer perfectly.

There is no one perfect software – which is why Adobe, along with all other developers, is continuing to improve and extend all their programs. But, if you were wondering what makes Premiere Pro CC worth considering for Final Cut Pro 7 users, now you know.