This is a simple technique to create a pointing arrow in Final Cut Pro X. (Actually, this technique can be used to import and animate any symbol, so feel free to use your imagination.) 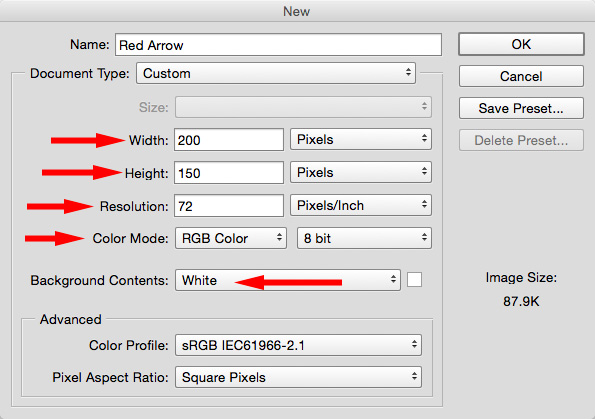 In Photoshop, create a new document that is about the size you need. For example, I’ve created a square that is 200 x 150 x 72 pixels. If you need to create a full-screen graphic, create it at the same frame size as your Final Cut project.

It is important that you create graphics using the following Color Mode settings:

Other options either won’t import or won’t retain their layers after importing.

NOTE: That 72 pixels/inch resolution is important. You’ll get the most consistent results by setting this to 72. Higher resolutions are only used for images you expect to print. Video uses 72.

Once the file is created, click the New Layer button, or choose Layer > New > Layer to create a new layer. This is the layer that will contain the object you want to import into Final Cut.

Name it something that makes sense to you. Since we are creating a red arrow, that’s what I called it here. 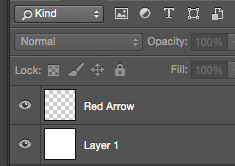 In the Layers panel, we now have two layers: 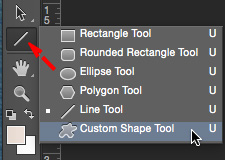 Click the Line tool (near the bottom of the tool bar) and select Custom Shape Tool.

Click the tiny, tiny, downward pointing arrow next to Shape in the toolbar at the top, to reveal the custom shapes built into Photoshop. This screen shot just shows variations on arrows.

To see ALL the shapes (there are more than 100) click the gear icon in the top right corner of the Shape menu.

NOTE: All these shapes are vectors, which means they can be perfectly scaled to any size you want with no loss in resolution.

Click the shape you want to use. In our case, I clicked the fat Arrow 9. 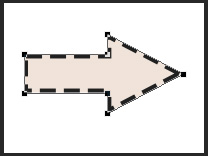 Make sure the Red Arrow layer is selected and that the Custom Shape tool is also selected. Then, draw your arrow. When you let go of the mouse, the arrow shape is added to the layer. 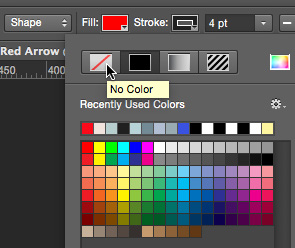 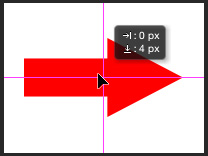 The arrow is nice, big, and red. Select the Arrow (Move) tool (shortcut: V) and position the arrow so it is centered in the frame. This isn’t necessary, but looks nice.

Save the file as a PSD and make sure the Layers option is checked. (Saving as a PSD is essential to put a transparent background behind the arrow.) In the Save dialog, set:

A dialog appears saying that saving with layers increases size. This is fine, click OK. At this point, we are done with Photoshop.

NOTE: It is not necessary to make the background layer invisible before export.

Start Final Cut and open the Library into which you want to import the symbol. Here, I created an Event specifically to hold my imported shape.

Import the Red Arrow.psd file we just created. See the small stacked icon in the top left corner of the clip? This indicates that the clip is a Photoshop layered graphic.

NOTE: Apple recommends that if the different graphic layers don’t import properly, change the Project Properties to Apple ProRes 4444 before importing. While I have not always found this necessary, it is good to know this workaround if you have problems with the import. 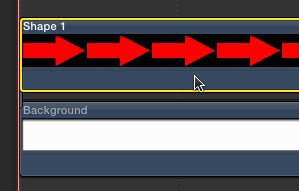 Double-click the clip in the Browser to “Open in Timeline.” Note that the two layers imported and separate.

Position the playhead in the Timeline where you want the arrow to appear and choose Paste > As Connected Clip. Then, adjust the duration of the clip as you would any other. 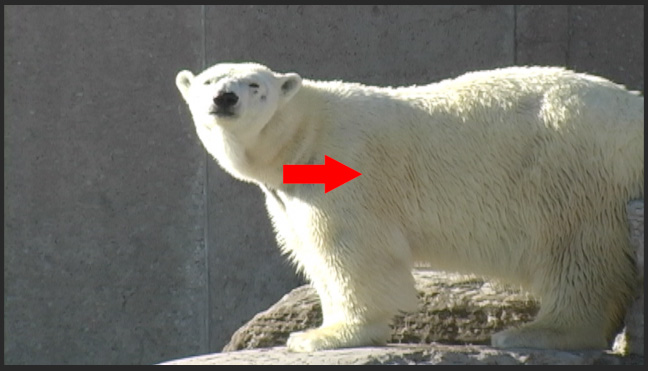 The red arrow appears at 100% size in the center of the frame.

POSITION AND ANIMATE A GRAPHIC 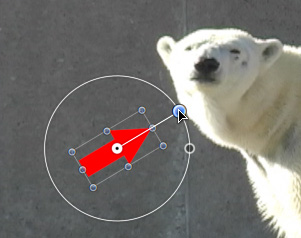 This arrow can be animated using Transform settings the same as any other clip. For example, turn on the Transform controls in the Timeline, then reposition and rotate the graphic.

Click the blue Done button in the top right corner of the Viewer when you are done positioning the arrow.

To animate the arrow, put the Playhead in the arrow clip at the position you want the animation to start, then click the diamond keyframe button to create a keyframe, then position the graphic where you want it to start.

To add a drop shadow to the arrow, open the Effects Browser (Shortcut: Cmd+5), click the Stylize category and drag the Drop Shadow effect on top of the arrow clip. 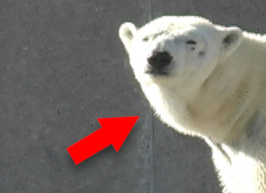 Adjust the Drop Shadow settings in the Inspector until you like the look.

Done. (I was going to close with: “And those are the bare facts…” But, I’ll just leave that unsaid.)

7 Responses to Photoshop and FCP X: Create a Pointing Arrow