This weekend is devoted to recovering from the 2018 NAB Show in Las Vegas, Nevada. NAB is an amazing, exhausting, overwhelming show – all packed into four days. It is both great fun and grueling at the same time.

This year, as we have for the last ten years, the Digital Production Buzz took a production team to the show to cover the news and announcements from as many companies in our section of the industry that we could.

Over the course of four days, we created 27 45-minute programs, featuring 88 companies, with 102 total guests. Here’s a link to everything we produced. 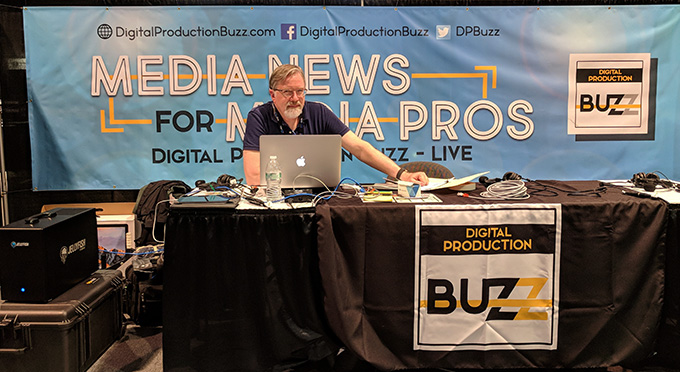 Here’s my list of favorite interviews. (The photo shows me, taking a break from setup on Sunday.)

Each day, we collected our favorite four interviews from the past 24 hours and bundled them into a highlights show. Not only did this give our crew time to get lunch, but it also meant that we could present a fast way for our audience to catch up on key events.

Creating 27 live shows in four days requires an incredibly talented and hard-working production team. Here are the folks that made our productions at NAB 2018 possible. I’m deeply grateful to every one of them. 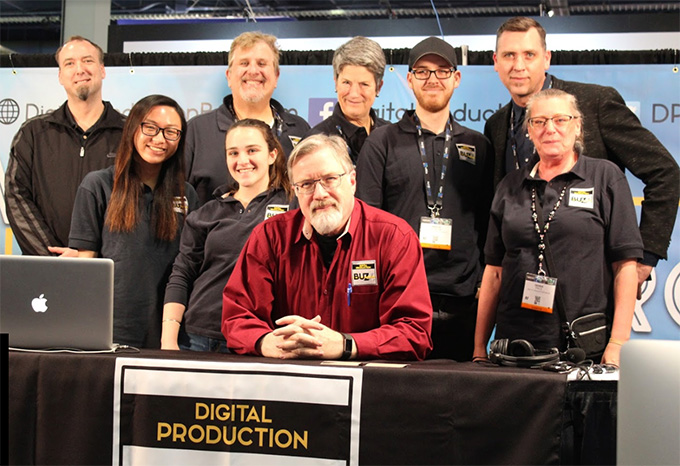