Behind-the-Scenes at Adobe’s “Make It”

One of the challenges in creating complex creative software is explaining to people how to use it. Then, and far more difficult, is helping them to use it well. The first is focused on technology, the second on creativity.

It was in thinking about how to teach creativity that two teams at Adobe – Adobe Studio and Adobe Social – came up with the idea for “Make It.” This video podcast, produced by Adobe, is an all-original talk show that airs weekly on Adobe’s Creative Cloud YouTube Channel. Adobe’s show hosts get inside the hearts and minds of some of the hottest names in the art and digital world to talk about their creative process, anecdotes and lessons learned along the way.

The executive producer of “Make It” is Michelle Mahoney, Erik Espera is the Creative Director and Director. Last week, I was invited by Adobe to go behind-the-scenes to talk with Erik and learn more about the show. 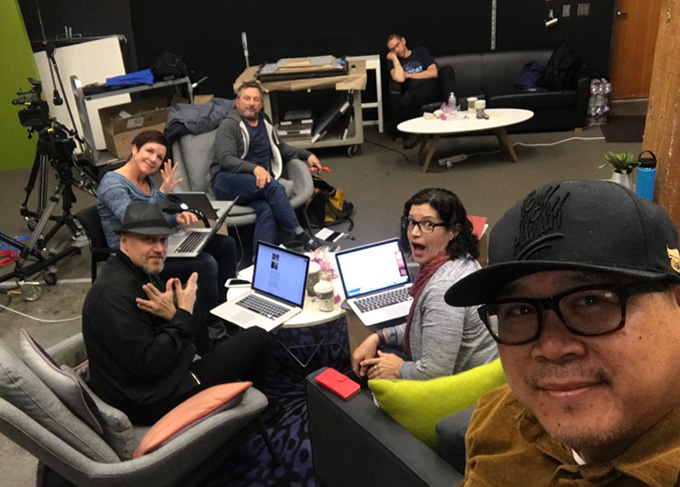 A “Make It” planning meeting before the show launched. (Erik is on the right.)

Like all good ideas, the show started with intensive planning from a team of seasoned professionals. “The show was created by the Adobe Studio and Social teams,” Erik told me.
“And is meant to provide informative and inspirational content across all of our creative communities. People like to see what others are up to, and hear from their fellow creatives.” 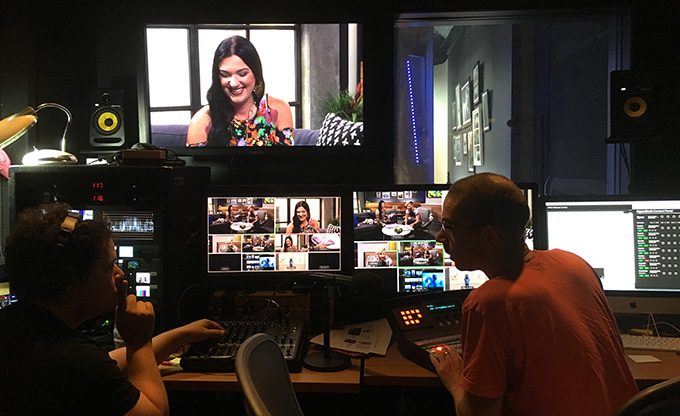 In the control room with Patrick Tulipano and Jim Granato during the Sequoia Emmanuelle shoot.

The show is recorded in Adobe’s studio in San Francisco, with remote segments produced in New York and LA. There is a “Make It” show for each of Adobe’s primary creative audiences: Photography, Design and Video. Adobe’s hosts are Josh Haftel (Photography), Brooke Francesi and Paul Trani (Design) and Jason Levine (Video, VR & Sound).

So far, Adobe has created 52 shows (here’s the entire playlist on YouTube).

But, for Erik, three of the highlights were: 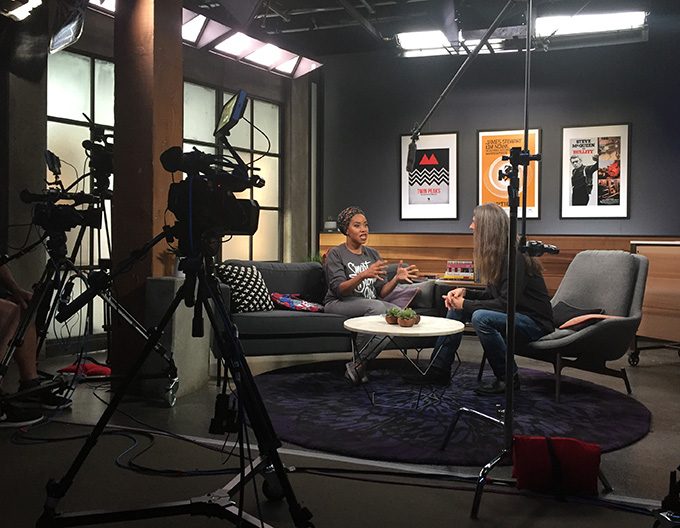 Jason Levine and Joulezy on the SF studio set.

“Our goal is to use the diverse, personal stories of working creatives to inspire individuals to create next-level media of their own.” Erik continued, “Using Adobe products is not a requirement or focus of the show, but we have found that many of our guests are Adobe Creative Cloud subscribers.” 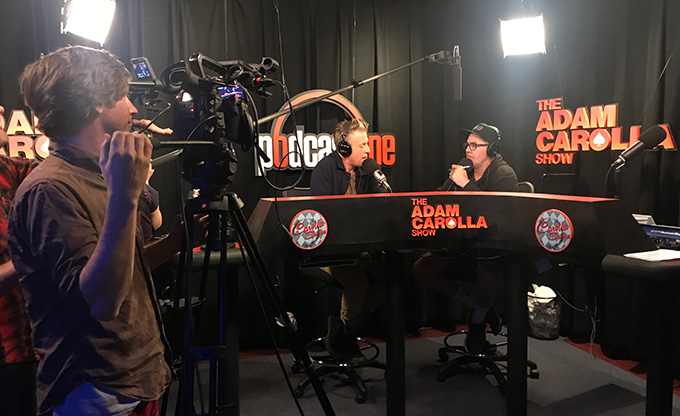 An LA remote shoot at The Adam Carolla Show with Jonathan Hyla.

In terms of gear, “Make It” uses a wide variety of cameras across both studio and remote productions, including Canon EOS Cinema cameras, REDs, Panasonics, Arris and Sonys. And, you will not be surprised to learn, the post-production team uses a variety of Adobe tools, including Adobe Premiere Pro CC, Adobe Photoshop CC, Adobe Lightroom CC, Adobe After Effects CC, Adobe Illustrator CC and Adobe Media Encoder CC.

After producing a show a week during 2017, I asked Erik about his plans for 2018. “‘Make It’ will continue to evolve to produce even more entertaining and informative content in 2018. I’m looking forward to it!”

Watch all the episodes here.