APFS Is Not Yet Ready for Traditional Hard Drives

Last July, I wrote about the new Apple File System (APFS). At the time, I said:

“One of the big new features coming in the High Sierra update to MacOS is a new file system – called the Apple File System (APFS) – to replace the venerable HFS+, which was first released in 1985. Now, more than thirty years later, HFS+ is finally getting replaced with something better.

“However, for most of us, the idea of replacing the file system which stores all our media is a scary thing. Because, frankly, we are all paranoid and risk-averse when anything potentially threatens the images we worked so hard to create.”

NOTE: Here’s the link to my article.

APFS launched first on all iOS devices with the iOS 10 release. Then, with High Sierra, APFS came to the Mac.

“For compatible systems, which currently means SSD boot drives, when we upgrade to High Sierra,” I wrote in my article, ” our boot drive will be invisibly converted to APFS. For now, Fusion drives will remain HFS+. Fusion and external drives are still a work in-process and Apple has not announced when APFS will support them.”

This is a VERY important point. Currently, APFS only supports Flash-based boot drives.

Why? Because it works extremely poorly on spinning media. So poorly, in fact, that you should absolutely avoid installing APFS on any spinning media. 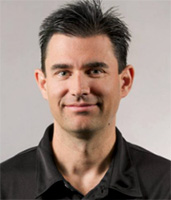 Last week, on the Digital Production Buzz, I was talking with Larry O’Connor, Founder & CEO of Other World Computing, aabout storage. His comments about APFS are very relevant to all of us and I want to share them with you.

Larry Jordan: One last question, one of the new things in High Sierra is a new file system from Apple called APFS. Do you have opinions on it?

“We’ve actually got some blogs up at Rocket Yard which is blog.macsales.com, recent ones [that] give some nice visuals in terms of how APFS works. [In fact,] Apple demonstrated at their [WWDC] keynote how fast it duplicates files. You press a button, and blink and it’s already finished the duplication process. It’s all metadata.

“By the way, in terms of stability of the file system and all the improvements people have been looking for for years over HFS+, APFS delivers a ton of that. But, when it comes to how it handles files, when you duplicate a file, you’re effectively creating two sets of tracks would be one way to look at it, but every time you make a modification to the duplicate, [APFS is] creating additional fragments that align with the original file data, but they’re stored someplace else.

“While [doing this] on a Flash drive it doesn’t matter because there’s no physical location [for data storage], [however,] to read that data on a hard drive when data’s not together and contiguous, substantially reduces performance. If you have file duplication like that on a hard drive with APFS, [given the number of] times you edit and work on [the same] file you end up with fragments that can be far away from the original file. There’s nothing yet to really optimize that.

“Worse, with Time Machine, it’s just a big old mess because it’s really intelligent in terms of its [file allocations] and such, but the actual practicality of loading those different versions of the same [original] file, all of that data, then all of the edits, everything that happens after that, all the new duplications, they’re all little fragments that get stored in different places. [Which means that] performance on a hard drive with APFS is substantially lower than what you get with HFS plus.

“If you ask me, I’d wait as long as possible before going to 10.13. That’s my personal opinion. Lots of pluses. There’s a lot of cool things but there are those that have hard drives, and again I can’t reiterate enough, for your hard drives, leave them HFS+.

Do not at this point [upgrade to] APFS. We’re working on some pretty cool solutions that will make APFS better on a hard drive, but for the typical user, you’re going to want to avoid [running] APFS on [hard] drives, just [because of] the way that file system works.”

I don’t have any doubt that Apple will continue to improve APFS. But, for now, APFS is not ready for traditional hard drives or RAIDs.