Apple has changed the process of moving projects and media between iMovie and Final Cut Pro X. So, I decided to open iMovie for the first time in ages and write up the new procedure.

NOTE: When I checked my notes, I discovered that the last time I opened iMovie was three-and-a-half years ago. No wonder things have changed.

As soon as I opened iMovie, I was struck by the similarity of its interface to Final Cut Pro X. Yes, I’ve heard all the jokes that FCP X is simply iMovie Pro. But, think back to iMovie during the time of FCP 7. At that time, there were more than 50 million iMovie users, 25x the number of Final Cut users, yet their two interfaces were entirely different, editing operations were different, and there was no way to move projects between Apple’s two most popular video editing applications.

Even the most avid Apple booster would consider that pretty stupid.

Now, moving files is even easier because you send them from within iMovie. 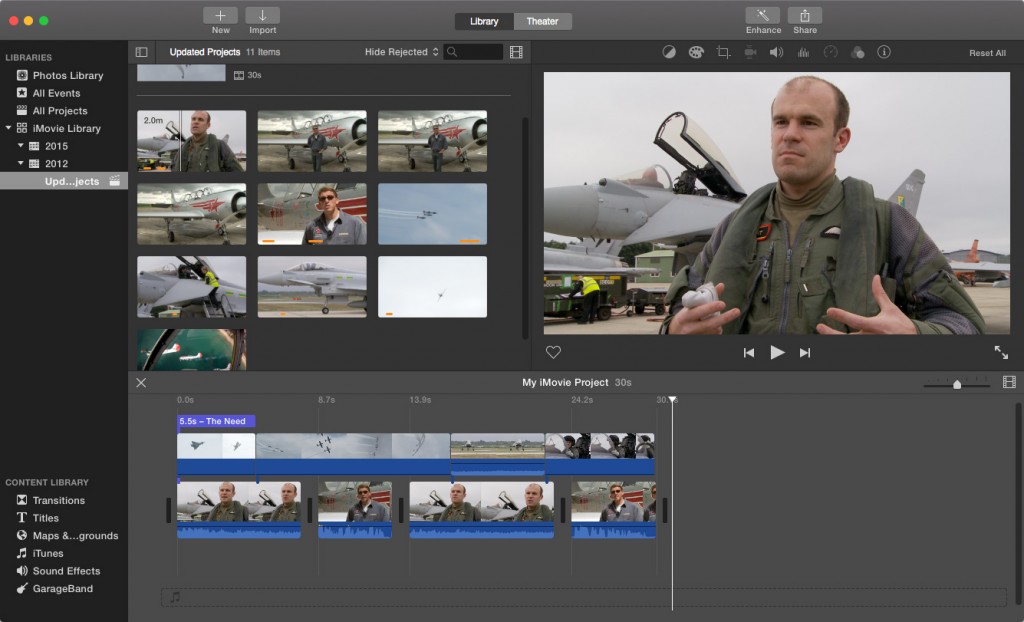 Here’s my iMovie project. The footage is from a UK air show shot by Hallmark Broadcast Ltd. (www.hallmarkbroadcast.tv).

Looking at the iMovie project itself, we see all the usual suspects: talking heads, B-roll and titles. 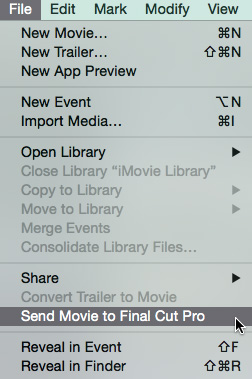 Final Cut automatically starts and all project files and media are moved across without you needing to do anything more. 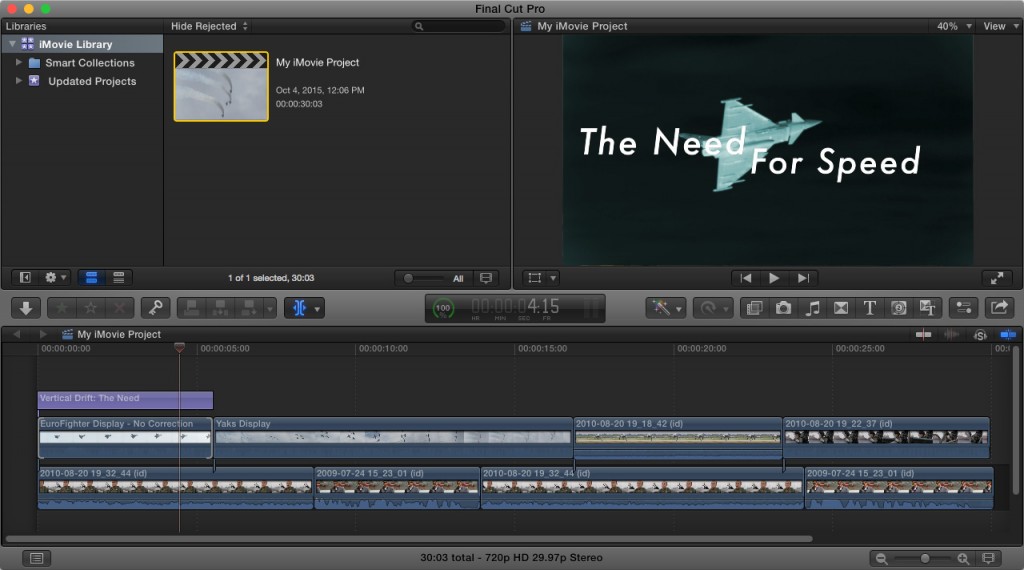 Effects, titles, media and edits all transferred – and the entire process took less than a minute.

iMovie is a great way to get started in editing. Then, when you want more flexibility, speed and power, it is easier than ever to move your iMovie project into Final Cut Pro X.