[ Click here to read my disclosure statement on product reviews.]

Last August, I reviewed the HightPoint Technologies RocketStor 6314A Thunderbolt 2 RAID. And, truthfully, I wasn’t impressed. As I wrote then: “It is an attractive unit marred by impossible-to-use installation software, inaccessible support, and inaccurate and incomplete user manuals.”

Then, something unusual occurred. I received an email from May Hwang, the RAID product manager at HighPoint, stating: “After reviewing your suggestions ‘Things that need to be fixed,’ we begin to get a better picture of what information is needed for professional creative users to use our products. We take criticism seriously. Our top management has committed to fixing the issues you detailed by October. We would like you to re-review the unit then.”

It is very unusual for a hardware developer to change a shipping product, so I agreed to take a second look when these problems were fixed.

NOTE: My original review can be found here, which includes photos and setup instructions.

I write this at the end of October and HighPoint Technologies has fixed each of my initial concerns. THAT is impressive!

For all normal HD or SD video editing, this system has more speed than you will ever need. And, in most situations, you won’t even tax it.

When it comes to performance, the RocketStor 6314A Thunderbolt 2 RAID from HighPoint Technology has speed to burn. Installation is easy, the User Guides are accurate and the unit looks good on a desktop.

The only blemish is moderate noise from the fan and spinning disks.

This unit is sold only through dealers.

FIX WHAT WAS BROKEN

Two days ago, May Hwang wrote again saying: “We are ready for your second review.”

Results: Fixed. All drivers, installation software and firmware are easily accessed at this website: http://www.hptmac.com/series-rs6314a-resources.php 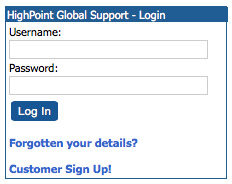 Results: Partially fixed. Quick Start and User Guides are easily available on the product page. Accessing support still requires a customer ID, though that ID does not require you to first purchase a product.

Complaint 3: The installation software did not recognize the serial number.

Results: Not fixed, but HighPoint told me this would not be fixed in October. The four drives inside the RAID generate a moderate hum, so moving the RAID away from your ears is a good idea for audio-critical environments.

Complaint 5: User Guide images did not match the product.

Complaint 6: The HighPoint RAID Management software required a password for the initial installation, which didn’t work.

Results: Fixed. The software installed using a default password, allowing the ability to change the password after installation was complete. In fact, the total installation process took less than 30 seconds.

Downloading and installing the RAID Management software took less than a minute. The User Guide was absolutely accurate in text and screen shots.

Installing the RAID using the RAID Management software took about ten seconds. EVERY complaint I had about how impossible the software was to use has been fixed. 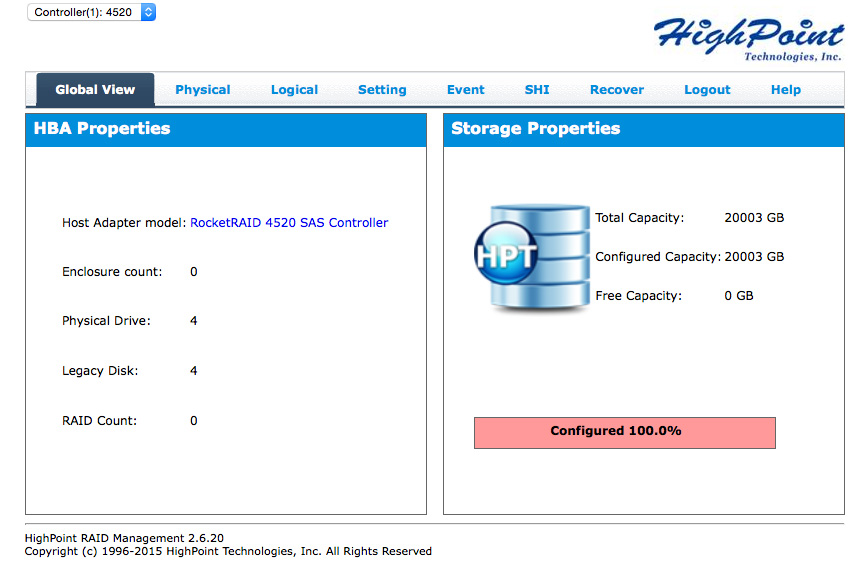 Running the management software requires a recent version browser. And, for those that want to tweak their settings, this utility provides a lot of access to the system.

What I liked far better, though, is that the default settings instantly configure a RAID 0 without any additional tweaking.

I am VERY impressed with how much HighPoint has simplified the installation process.

NOTE: The RAID Management Software does not need to be running in order to use the RAID. You only use this software when you need to make changes to the RAID, or trouble-shoot problems. 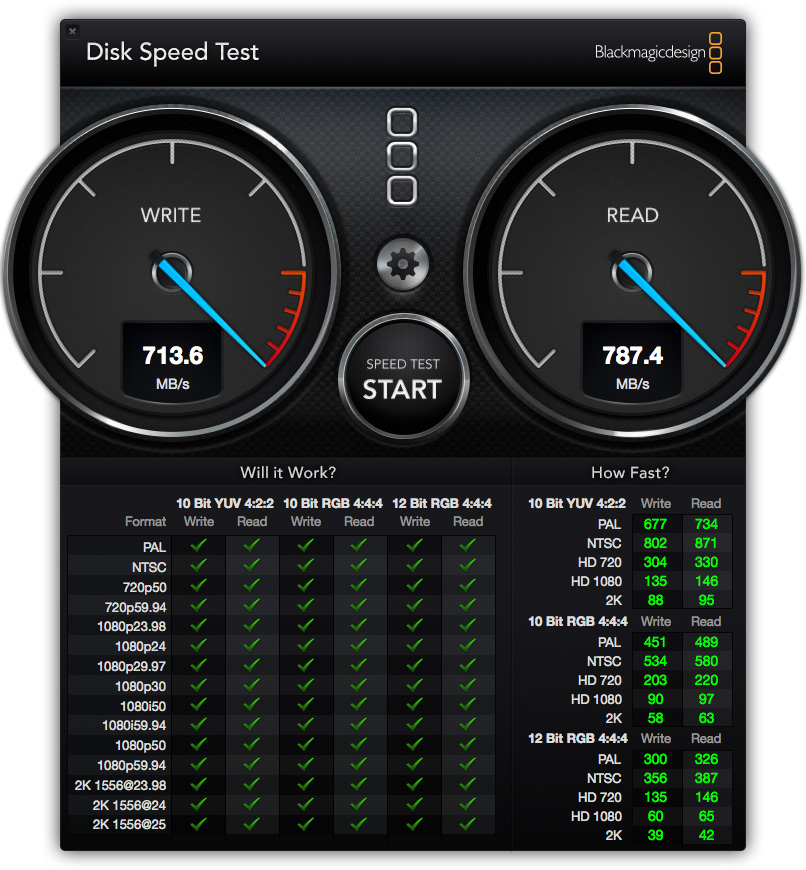 Wow! As measured by the Blackmagic Disk Speed Test software, these speeds are the fastest I’ve ever seen for a four-drive, spinning-media RAID. And these are the default settings of the Management software.

NOTE: Further testing showed that the default configuration is a RAID 0, which provides maximum speed, but no data redundancy.

HighPoint allows configuring the RAID as JBOD, RAID 0, RAID 1, RAID 1/0, RAID 5 AND RAID 6. I suspect the default configuration is RAID 0, which would yield the fastest performance, though not provide any data redundancy.

When it comes to video editing, RAID 0, 5, and 6 are the three best options. So let’s test the RocketStor’s performance. 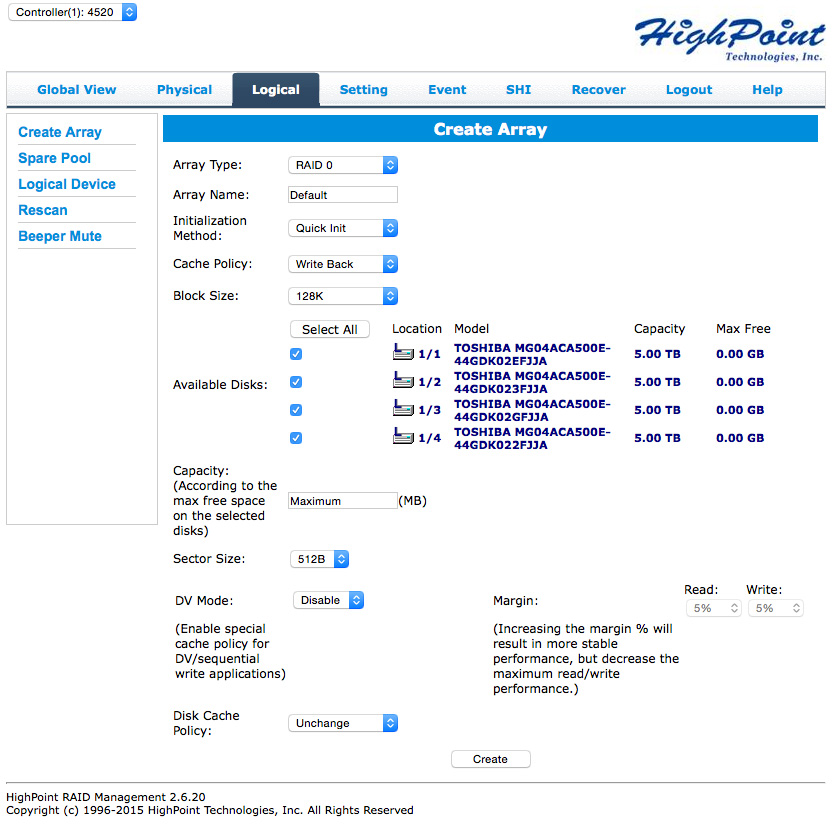 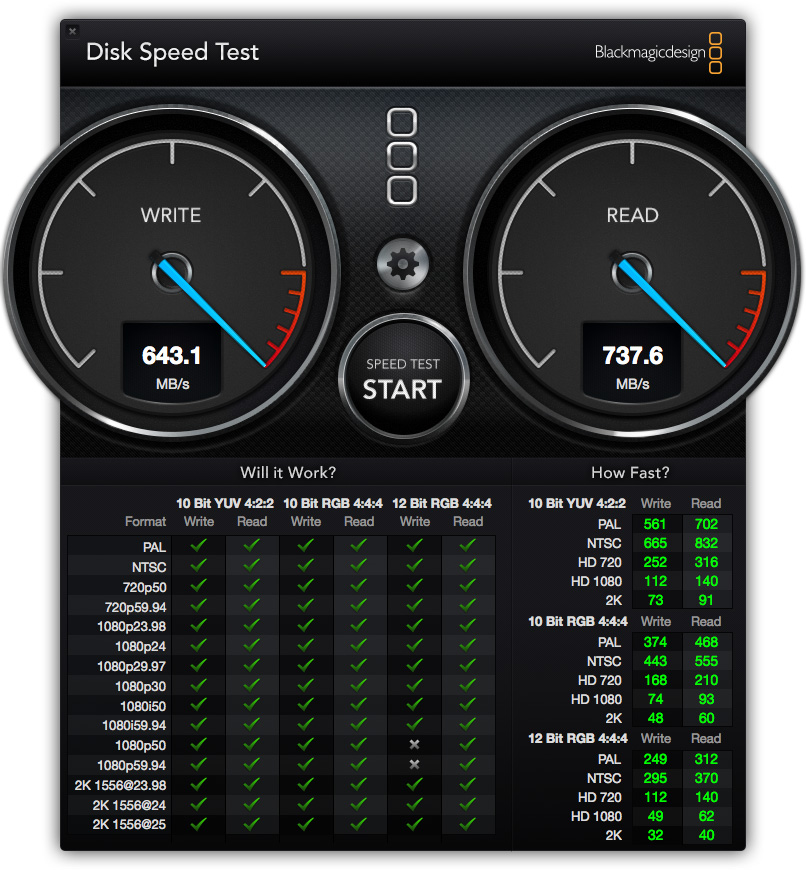 Here are the speed results for a RAID 0 configuration. In this configuration, the four 5 TB drives provided a total storage capacity of 20 TB.

NOTE: Hard drive speeds vary and slow down as disks fill up. Use these numbers as guides and assume ±10% speed variation. This RAID was measured when totally empty, which provides fastest performance. 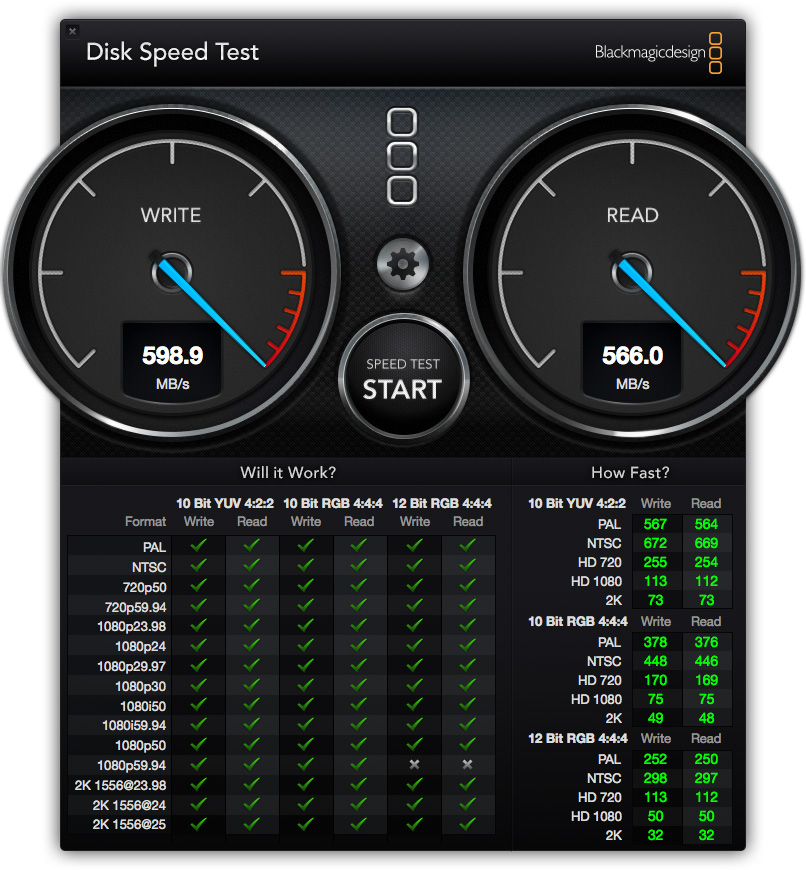 Here are the speed results for a RAID 5 configuration, which provides data redundancy in the event one drive dies. In this configuration, the four 5 TB drives provided a total storage capacity of 15 TB; where one disk is reserved for parity data. 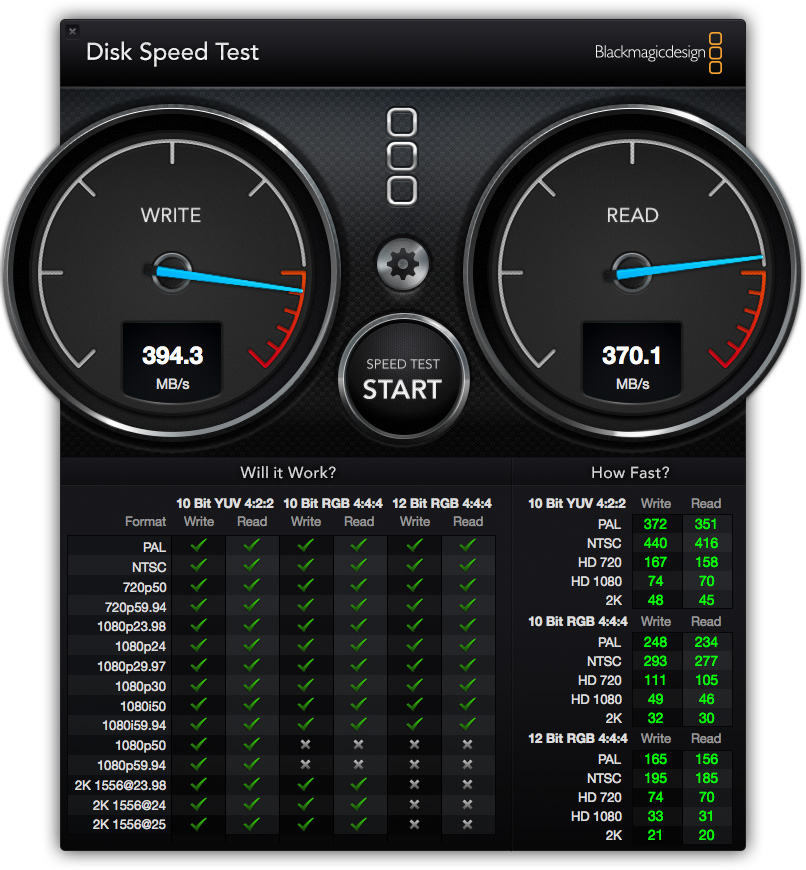 Here are the speed results for a RAID 6 configuration, which provides data redundancy in the event two drives die at the same time. In this configuration, the four 5 TB drives provided a total storage capacity of 10 TB, where two disks are reserved for parity data.

In all three cases, I am very impressed with the speed of this unit; especially because it is not using any SSD acceleration.

Another way to test speed is to duplicate a file. This requires copying a file from the RAID to the Computer and back to the RAID again.

THINGS I’D LIKE TO SEE FIXED IN THE FUTURE

My only complaint is that the fan/drive noise is fairly loud. Decreasing the fan noise and adding some acoustic deadening inside the enclosure would go a long way to making this device more desktop friendly.

For all normal HD or SD video editing, this system has more speed than you will ever need. And, in most non-multicam situations, you won’t even tax it.

When it comes to media, while SSD systems are faster, they still don’t have the storage capacity of spinning media. So I like SSDs for my boot drive and spinning media for all external drives.

When it comes to performance, the RocketStor 6314A Thunderbolt 2 RAID from HighPoint Technologies has speed to burn. Installation is easy, the User Guides are accurate and the unit looks good on a desktop.

My only concern is that the fan and drives make a moderate amount of noise, so plan on connecting this with a 6′ Thunderbolt cable so you can move it away from your ear.

What impresses me most, though, is the responsiveness HighPoint showed in addressing critical issues that made the first release of this unit unusable. Their entire team is to be congratulated for getting these issues fixed so quickly and completely.