Vincent Zorzi, from ArcticWhiteness.com, sent me a demo of their latest product: Final Cut Library Manager. Specifically designed for Final Cut Pro X v.10.1 or later and released on March 4, 2014, this utility helps manage your FCP X libraries. Quoting from their website:

[Final Cut Library Manager] will find all of your Spotlight-indexed libraries and display them in one window so that you can easily sort them and see how much space they’re taking up. When you’re ready you can then recover gigabytes worth of space by quickly and safely removing render files, proxies and optimized media files.

Another small but oh-so-very-useful feature is Open Alone which will open a library by itself in Final Cut Pro so that you don’t have to manually close all the other libraries first.

Installation is fast and easy, though with one confusing quirk. After downloading the trial version from the Arctic Whiteness website, when I double-clicked the file to install it, the following message appears.

Since French is not my native language, I have no idea what this dialog is saying. However, when I clicked the blue default choice, the application moved into the Application folder and opened almost instantly. So, it looked like I guessed right. 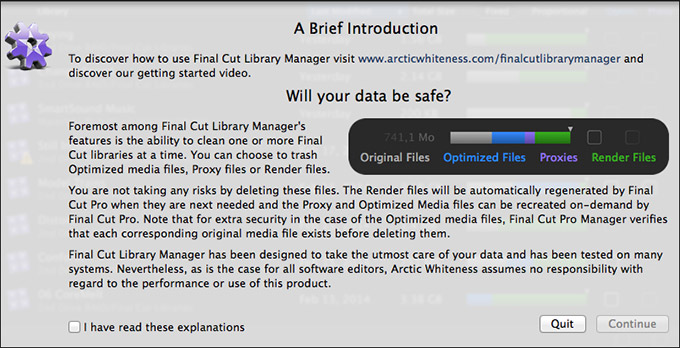 Before starting the app, though, you need to read and agree to the following caution. At which point, installation is complete and you are ready to work. 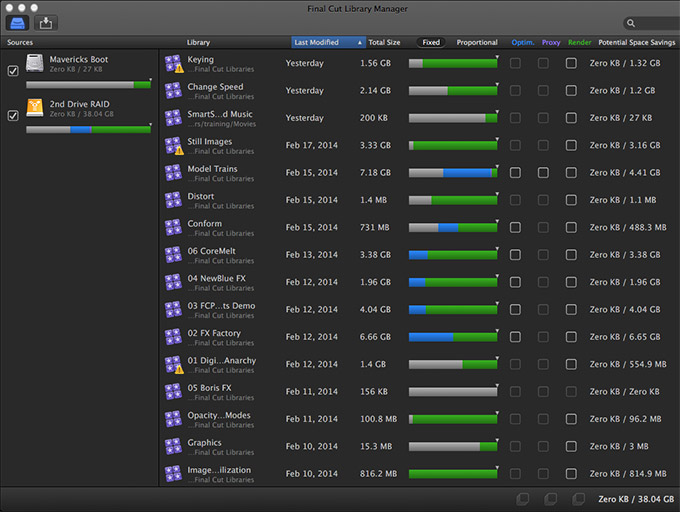 The program’s design is both colorful and efficient. 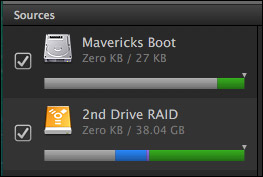 On the left is a list of all hard disks that contain Final Cut Pro X libraries. (I was surprised to see I actually had libraries on my boot disk, until I realized that they were only 27 KB in size.)

Uncheck a drive to not display the libraries stored on it. 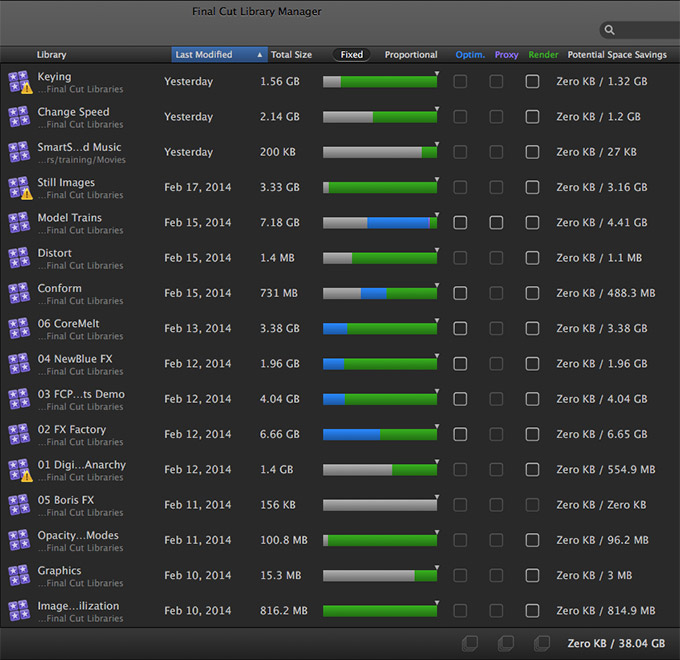 On the right is a list of all libraries that Spotlight has indexed on all the drives checked on the left. (You can also add libraries manually, if Spotlight did not find them all.) By default, the list is sorted with the most recently modified library on top.

The Library name is displayed on the left (along with the folder within which the library is stored), followed by when it was last modified, its total size and some color bars. The bars show the different media types contained by the library: 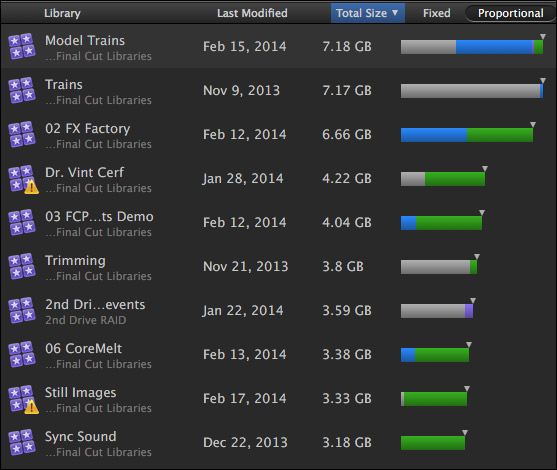 To get a sense of how big your libraries REALLY are, click the Proportional button at the top.

Click any column header to sort on that category. For instance, here, I’ve sorted to display my largest libraries at the top in addition to clicking the Proportional tab.

Double-click any library name to open it in Final Cut. This is much faster than using Final Cut’s File > Open Library command. Any libraries that were open when you last quit FCP will be opened as well.

What is especially nice is the ability to right-click (or Control-click with a trackpad) any Library name and have only that library opened in Final Cut.

In addition to finding and opening libraries, Library Manager also allows you to delete some of the generated media files that Final Cut creates. Specifically: optimized, proxy, and render files.

The process is simple. For a single file, check the box for the files you want to delete. In my example, I’m deleting the render files associated with the Model Trains library.

Or, select more than one library and use the checkboxes at the bottom to delete, say, render files from all the selected libraries at one.

In both cases, click the trash icon to delete the files: to the right for single libraries, at the bottom for a group of selected libraries.

Overall, the program is really, really nice. Cleanly designed and easy to use. But I have one big objection when it comes to deleting files – removing optimized media can significantly impact the output quality of your project. And rebuilding optimized files deleted in error can be tedious.

My general rule about deleting files is that this should only be done when a project is totally complete.

If, in the middle of a project, render files are deleted by mistake, FCP will rebuild the ones it needs automatically, as it needs them.

However, there is no warning for missing optimized media files. If the optimized files are erased, FCP will automatically switch to camera native.

NOTE: Library Manager wisely prevents deleting any optimized files for which camera native source files can not be found.

However, switching to camera native files can slow down editing operations, make multicam clips play unevenly, alter color grading and slow-down rendering. Also, there is no easy way to transcode missing optimized media files, because there is no simple indicator when optimized fiels are missing.

NOTE: Maybe deleting optimized media should be enabled by a preference setting, which is off by default, so that new users don’t delete the wrong files by accident.

Overall, this is an excellent program with a great price. And, as long as you don’t delete optimized media, Final Cut Library Manager can make managing even large library collections simple.

I’ve moved this to my dock to take the place of the redoubtable Event Manager X.