Premiere Pro CC: Animate a Title Through an Image

This article grew out of an email suggestion from Dick Osso, where he thought it would be good idea to write about some simpler effects that are still, um, effective to use. In this example, I’ll show you two ways to animate a title (or any clip) through the middle of a frame. 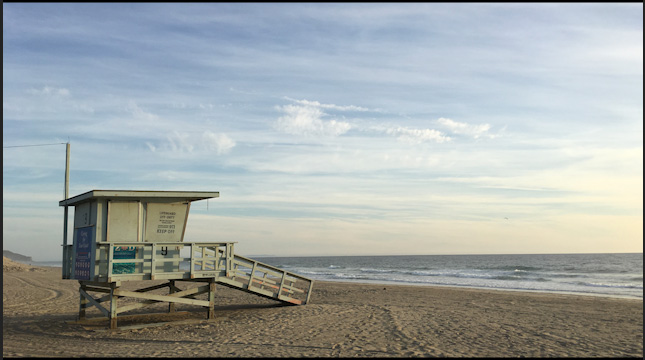 Here’s the image we will work with. I want to animate a title rising out of the sea at the horizon line. (Any image with a strong horizontal or vertical edge works well with this effect.) 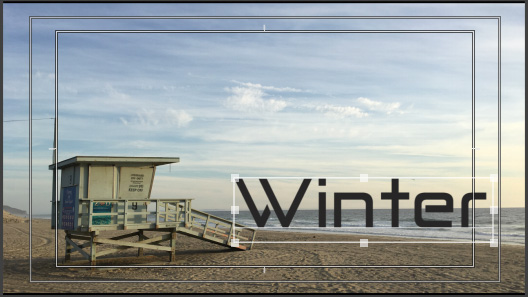 I created a title in the Title Designer. Notice that I positioned the title so it spans the line through which I want it to rise.

NOTE: Positioning the text where you want it to appear simplifies creating the mask, though you can alway adjust an errant title using the Motion setting later. 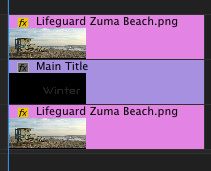 Next, create a “sandwich” in the Timeline, where the title is on V2, with the background image on V1 and a duplicate image on V3.

NOTE: The easiest way to duplicate a clip is to press the Option (Alt) key and drag the clip.

NOTE: You may notice that I’m using PNGs and JPEGs in this article. That’s just because these images have the lines I’m using to illustrate this effect. This effect works the same for any still or motion clip. However, if the camera is moving when shooting the background image, keyframing this effect becomes a LOT harder. This technique works best when the camera shooting the background is not moving. 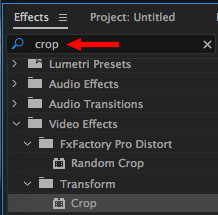 Then, make sure the playhead is somewhere in the middle of the text clip in the Timeline and that the top clip (the image) is selected.

In the Effect Controls panel, click the small rectangular icon next to the word “Crop” to enable on-screen controls. 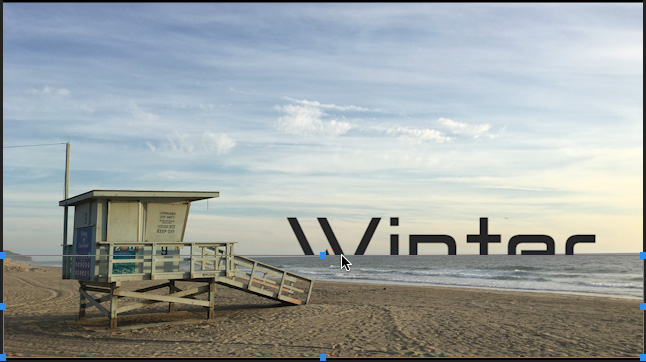 Then, in the Program Monitor, drag the top-middle blue box down until you see the text rising out of the horizon line; as I’m using in my example.

What we are doing is using the top clip to mask the bottom of the text, while the bottom clip provides the top of the background.

NOTE: You can see this more clearly by right-clicking the bottom clip and unchecking “Enable.” 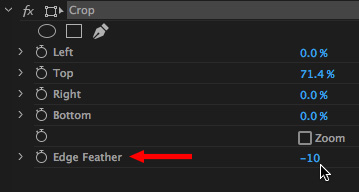 You may find it enhances this effect to change the Edge Feather setting in the Effect Controls panel to a negative number. This provides an illusion of a reflection.

NOTE: This cropping technique works great to have something appear from behind either a horizontal or vertical line. But, it won’t work when the background isn’t straight.

NOTE: A “keyframe” is a point of change during playback. Because we want the text to change position during playback, we will set two keyframes – a starting and an ending position – for the text clip.

To create keyframes, with the text clip selected, go to Effect Controls > Motion and click the gray stopwatch to the left of the Position setting.

Then, drag the right-hand number, “223” in my example, which controls vertical position, up until the text disappears from the frame.

Move the playhead in the Timeline a few seconds ahead to the point where you want text movement to stop. Drag the right-hand number down until the text appears in its final position.

NOTE: The speed of the animation is determined by the distance between the two keyframes.

Play the sequence and watch as your text rises from the middle of the sea.

NOTE: To remove all keyframes, for example if you want to start over, click the stopwatch icon. 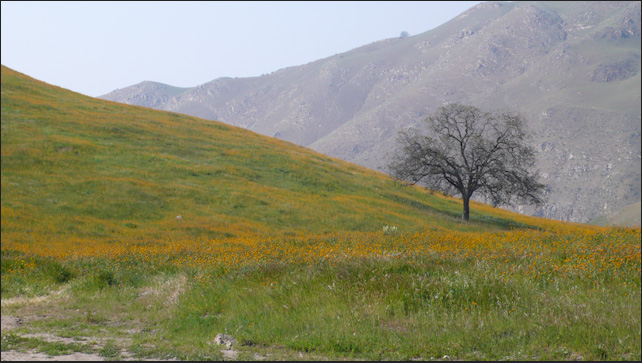 This image is an example where the background isn’t straight, but we still want the text to appear from behind the first, green, mountain. Here’s how. 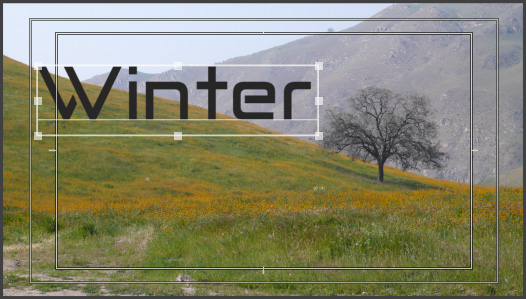 As before, I created a text clip and positioned it in front of the line where I want it to appear.

Again, as before, create a “sandwich” in the Timeline, where the text clip is on V2 and the same background is on V1 and V3. Make sure the text is positioned where you want the movement to start. 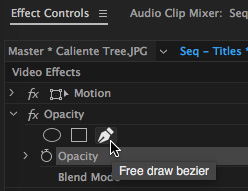 Select the top clip, then in Effect Controls, twirl down Opacity and click the Pen icon. This allows you to draw a free-hand mask on an image. 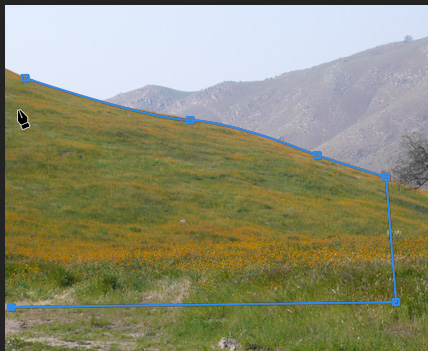 With the top clip selected in the Timeline, click to draw a series of control points and blue lines that roughly trace the line behind which you want the text to appear.

NOTE: Here, I only care about the top curved edge that traces the top of the hill. The other three sides are unimportant, provided the enclosed shape is larger than the text it is hiding. 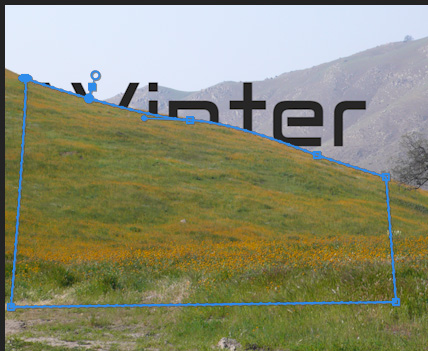 You only need to draw a large enough area to hide the text clip during its movement. When you are done, click the starting point to close the mask. 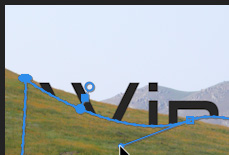 Using the cursor, drag points to make them conform more closely to the shape. Click a control point to reveal “Bezier handles” which allow you to control the shape and direction of the curve between the control points. 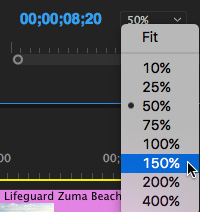 NOTE: It may help improve your accuracy to enlarge the image in the Program Monitor by increasing the percentage in the Fit window.

Adjust points and curves until you are happy with the results. Then, animate the text using keyframes, as you did earlier in this article.

Finally, sit back, play the sequence and admire your work!

It often looks even better, when you have text appear this way, to leave a portion of it partially hidden to emphasize the fact that the text is behind something.