NOTE: I recently recorded a short video that illustrates how to use the Video Limiter. You can see it here.

The Video Limiter effect inside Adobe Premiere Pro CC allows you to constrain white or black gray-scale levels to specific limits that you set within the effect.

The reason this effect is necessary is that most digital cameras record video levels that are excessive for broadcast, cable, or DVD distribution. The Video Limiter effect allows you to clamp your levels so they stay within spec.

Gray-scale levels are measured on the Waveform Monitor. (Here’s a video that explains the different gray-scale ranges.) 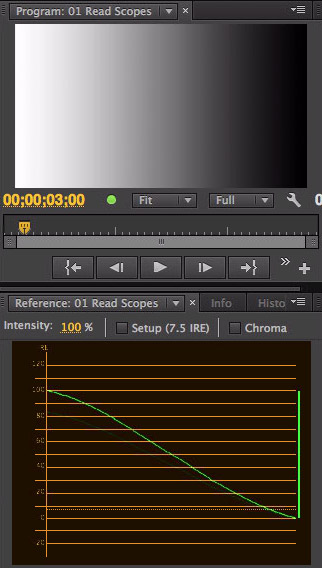 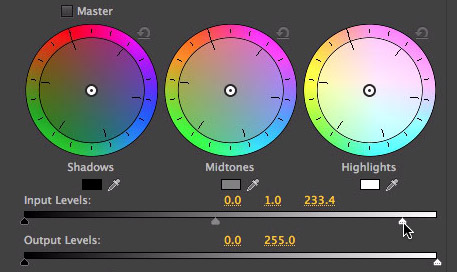 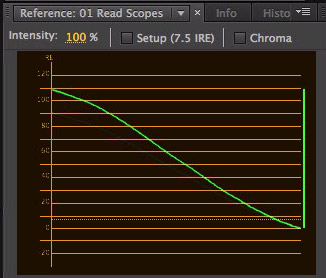 … the gradient gray-scale line shifts in its totality, so that the maximum white levels rise from 100% to 110%. In other words, we are changing the entire angle of the line; which alters all the gray-scale settings in the clip.

This is an important point: adjusting the Input and Output level sliders affects then entire range of gray-scale values proportionately, such that all gray-scale relationships remain the same. (Don’t worry too much about this definition, you’ll see the difference immediately when I apply the Video Limiter effect.)

NOTE: White levels around 110% are typical of the brightest portions of an image shot by most digital cameras today.

In general, you will get the best results by adjusting levels using the Input Level and Output Level sliders. Adjusting these sliders retains all the gray-scale texture in your clip.

However, there are many instances where retaining texture is not important. Say, for example, in a candle-lit scene, you don’t need to see texture in the flame, you just want to imply that this is night in 14th century England. You want to see the candles, but don’t need to see all the shades of light and dark within the flame.

NOTE: An example of where you DO want to see texture in the flame is if you are doing a commercial for a candle shop. Here, the beautiful flame of the candle is the star of your ad. Seeing all the shades of gray-scale and color in the flame is essential. 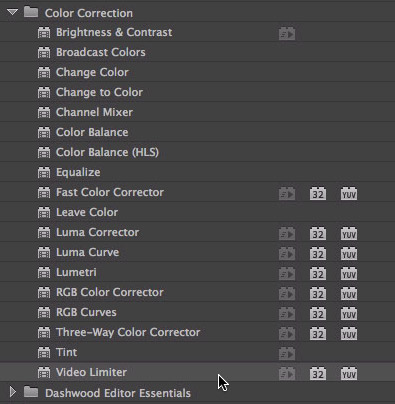 The easiest way to apply this effect to a single clip is to drag-and-drop it on the clip.

NOTE: Later in this article, I’ll show you a better way to apply this effect to a group of clips.

These are the default settings of the Video Limiter effect. The problem is that they are set too broadly; these settings won’t protect you against illegal levels.

Adjusting the Reduction Axis allows you to clamp Luma (gray-scale), Chroma (color), or both. My recommendation is to use the Smart Limit setting, which is the default.

Now we need to adjust the effect. My recommendations, for protecting gray-scale levels, are: 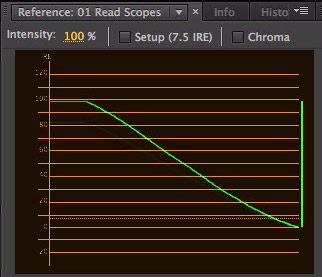 Notice what’s happened to the gray-scale line. The angle of the line did not change. Instead, all highlights in excess of the 98% limit set in the Video Limiter have been clamped so that NOTHING exceeds 98%. This effect only changes the brightest portions of an image, nothing else.

This effect guarantees to keep your levels safe, but it can mess with the texture of your highlights. 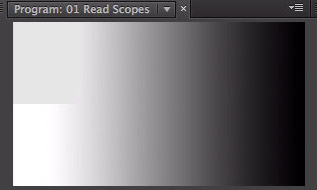 Here’s a split screen showing the clamped highlights above and the full-range of highlights on the bottom. Notice that in the top left corner, all the highlights have become the same shade of gray.

Imagine you were shooting a bride in her dress. Clamping the highlights would remove all the fine highlight detail in the lace and fabric. This would be bad because it would destroy the look and texture in the dress and make all the highlights look like mush.

If, on the other hand, you were shooting a chase scene at night, clamping the whites would simply mean the street lights would be white spots, without texture. In this case, losing the highlight detail is not a problem.

Use the Three-Way Color Corrector filter to adjust highlights to retain texture. Use the Video Limiter filter to clamp highlights quickly, but at the loss of texture.  Which one you choose can vary on a clip by clip, or scene by scene, basis.

LIMITING A GROUP OF CLIPS

There is one very important rule about using the Video Limiter: it must ALWAYS be the last effect applied to a clip. This means that any other adjustments or color corrections need to be done before you apply this effect.

For single clips, this isn’t, generally, a problem. However, for groups of clips, or an entire program, its a pain in the posterior.

A much better way to apply the video limiter is to: 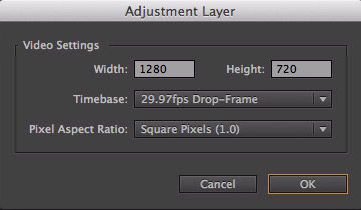 In the Adjustment Layer dialog, accept the defaults. (You want the adjustment layer to have the same image size as your Project.)

The way we normally work with the Video Limiter is to adjust all gray-scale values using the Three-Way Color Corrector effect on the clip-by-clip basis.

Then, add an adjustment layer and apply the Video Limiter, so that if any weird levels were not caught by the Three-Way Color Corrector effect, they would be clamped by the Limiter. This approach generally yields the highest image quality, with the least amount of futzing with settings.

When you are posting video exclusively to the web, video levels are not an issue. The web is very forgiving and you don’t need to worry about the Video Limiter at all.

However, when you are creating video for professional distribution, properly controlling video levels is crucial. For these projects, the Video Limiter can prevent a whole lot of trouble.