Last week, Lesspain Software announced: “the biggest single update release so far bringing the Windows version, LUT support and a lot of other new and/or improved [features] that will make Kyno even more powerful and attractive for more video professionals.”

NOTE: As you’ll see in the press release, Kyno has reset all trials, so, even if you tried an earlier version, you’ll be able to retry this latest version.

NOTE: Here’s a review I wrote about their initial release.

“A little more than one year after the first production release of the groundbreaking video productivity app Kyno for Mac, the wait is over for the big Windows community of media professionals. Kyno 1.4 introduces a rock-solid Windows version which has already won over the hearts & minds of many film, tv and social media professionals during its beta phase.

“We’re happy to finally provide the best tool for media management and professional workflow organization as a true cross-platform solution, honoring the fact that the world of professional media is a heterogeneous one, often even within one organization.

The importance of lookup tables, aka LUTs has increased considerably with more and more cameras allowing to shoot Log footage and the growing adoption of HDR. Kyno 1.4 now provides seamless integration of LUT handling in material preview, organization and transcoding, offering the fastest and easiest solution of its kind on the market, ideal for QC, postproduction or daily workflows.

“The new “play all” function further accelerates QC and selection workflows allowing selected clips to be viewed in sequence with just one click or keyboard shortcut.
Kyno’s popular list view now has configurable columns allowing this user interface to be customized for the task at hand, e.g. focussing on technical or descriptive metadata or a custom combination of both.

“It is now possible to combine clips using the new feature of the same name, which is just as easy to use as Kyno’s much-praised batch transcoding function. It’s metadata-aware and adds an array of new options for delivery workflows, e.g. delivering so-called “news cuts” or “assembly cuts” with integrated shot lists, put together within Kyno with just a few simple steps, while still on location, ready for ingest into an NLE or MAM.

“The much-requested timecode overlay feature (aka burn-in timecode) makes the transcoder an ideal tool for people generating review copies, which is very common in editorial environments.

“Support for GoPro’s Cineform codec adds another option for 10-bit editing workflows.
The player as well as the subclip user interface has seen a number of improvements to strengthen Kyno’s reputation as the best pre-edit footage screening and selection tool on the market.

“Final Cut X and Final Cut 7/Premiere XML export functions have a new option to deliver xml files with relative paths that make it super-easy to prepare self-contained delivery packages that do not require the receiver to perform reconnect operations within the NLE.

“Transcoding performance has become even better for many presets when working on very powerful multi-core machines.

“Last but not least a number of minor improvements and bug fixes have made it into release 1.4. Be sure to check out the full release notes.

“Beginning with release 1.4 users with licenses older than a year will have the possibility to buy a new one-year period of updates for Kyno for the price of 79 $/EUR to benefit from the new release. Remember that this differs from a subscription. Kyno will still continue to function, but users will not be able to run the newest versions after the update period expires. This allows us to keep investing in making Kyno the best tool it can be at a price that pays for itself in time saved very quickly. The 25% discount of our new-year sale will also apply to the update license price.

“We’re so thrilled by this new release that we want to give everyone a chance to give it a try. We’ve reset all trials so users can sign up for our 30-day trial even if they’ve done so previously!

NOTE: Here’s a video, created by Lesspain, that describes the key features. 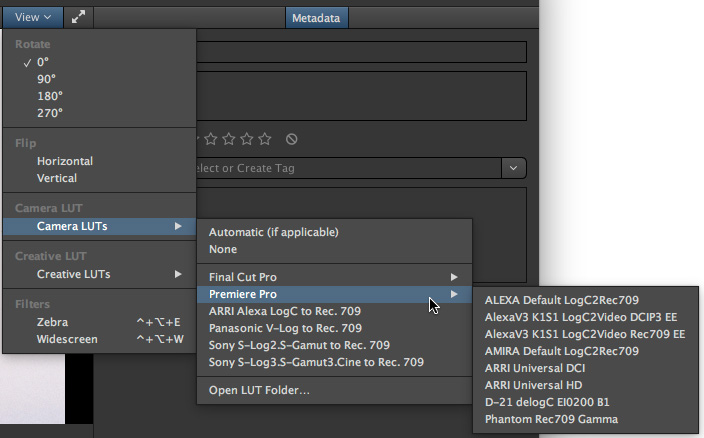 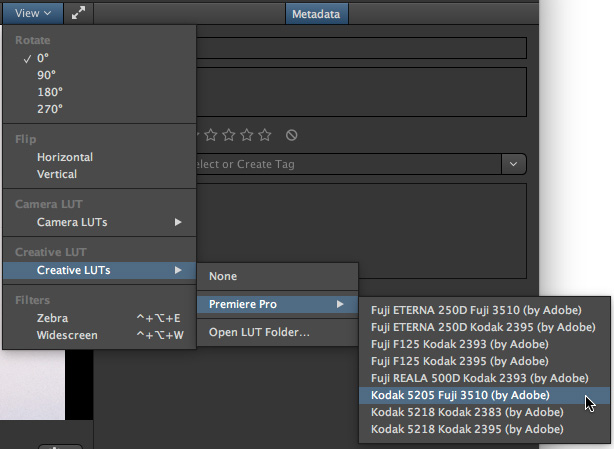 And Creative LUTs. I’m especially impressed with its support for Premiere in this regard. 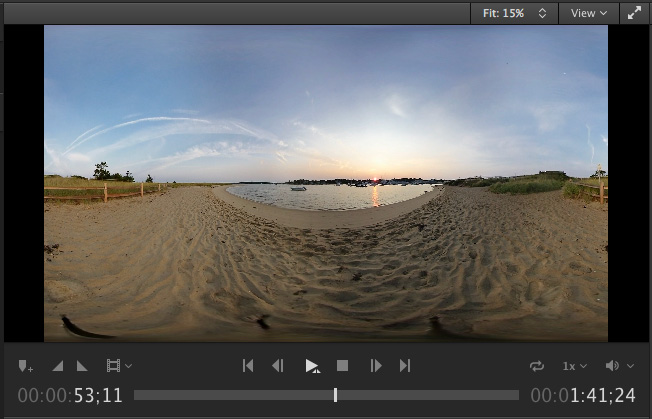 VR footage is supported and displayed as an equirectangular image. (I, um, love working that word into everyday conversation.)

Files can be sent to different versions of Premiere or Final Cut Pro X. (FCP 7 is supported on non-High Sierra systems.)

One of my favorite features – Drilldown – allows me to see all the images containing in multiple folders at the same time.

And the speed of creating image thumbnails is virtually instant. Kyno is one of the fastest ways I know to review media stored on a hard disk. 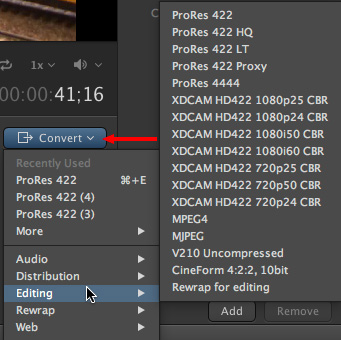 Simplified and automated transcoding is a strength of the program. It supports a variety of codecs, including ProRes, XDCAM HD422, GoPro Cineform, and many others. 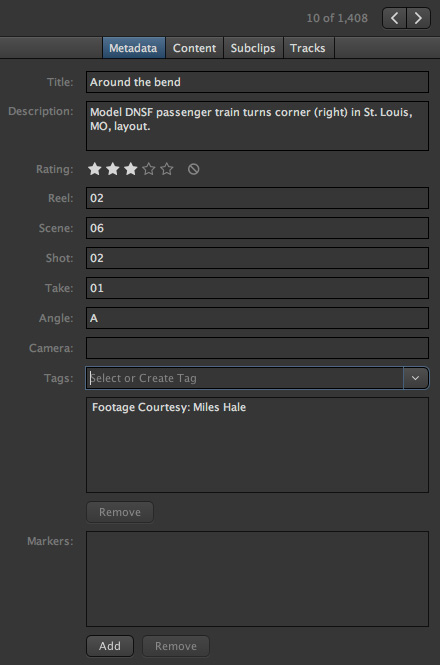 The only significant weakness to Kyno is the amount of custom metadata it can track. From a media management point of view, more keywords, tags and custom fields would be really useful; even if they don’t export into FCP X or Premiere.

Kyno was impressive at its launch. It is even more so now. If you want a fast way to see what you’ve got, convert what you’ve got into what you need, sends files to both Premiere and Final Cut, or need to support a team using both Macs and Windows, Kyno should be on your short-list.

Free trials exist as well as a special pricing for a permanent license.