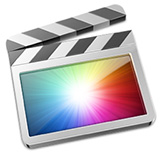 The smaller a camera becomes the more we want to hand-hold it, rather than put it on a tripod. The problem hand-holding causes is that in spite of our best efforts, the image starts to shake.

NOTE: Motion is the enemy of image compression. The more an image moves, the higher the data rate necessary to maintain image quality, which means the larger the compressed file.

Also, with all the DSLR cameras in use today shooting video, there’s a second problem: rolling shutter effects.

This article shows you how to solve both of these issue. 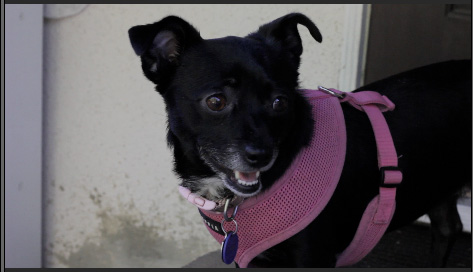 Meet Lola! (And thanks to Michael Shaw for permission to use his images in this article.)

The problem with this shot is not the star, but the shakiness of the camera. Fortunately, Final Cut Pro X provides a built-in way to stabilize the image.

You can only stabilize shots that are in the Timeline. So, begin by editing your shot into the Timeline, then select the clip.

Open the Inspector (Command+4), scroll down and turn on Stabilization by clicking the checkbox. (Blue means it is on.) 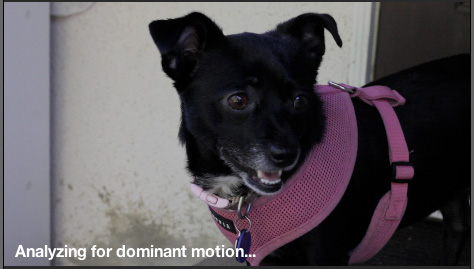 A message is displayed at the bottom of the image in the Viewer saying the Final Cut is analyzing the movement in the clip. What this means is that Final Cut is looking to separate movement that is caused by a shaky camera from movement caused by an actor, or, in this case, a dog, moving within the frame.

This analysis can be a lengthy process, depending upon the duration of the clip. Unlike FCP 7, which would analyze the entire clip stored on your hard disk, FCP X only analyzes the duration of the clip you’ve edited into the Timeline. And, yes, like other effects in Final Cut Pro X, this analysis happens in the background, so you can keep on working.

NOTE: If you have a long clip, and only need to stabilize a short part of it, cut the clip with the Razor Blade tool (B) before turning on stabilization. 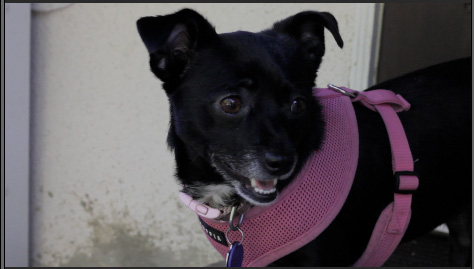 When the analysis is complete, the message disappears and the image zooms in slightly. (Notice the width of the gray post on the left of the frame, compared to the initial shot above.)

Nicolas Nilsen reminded me that this background process stops when you move the mouse, or resume editing. By definition, a background process is “something that can be interrupted.” Analysis is very processor intensive, so it politely waits while you do other stuff, then resumes when there is a pause.

But in order not to shoot off the edges of the image, Final Cut scales up slightly. The amount of zoom is dependent upon the severity of the shake. The more severe the shaking, or the more aggressively you want to compensate for it, the more the image needs to scale up.

For low resolution images – such as SD – this scaling can cause problems with pixilation. HD has more pixels to work with, so the image degradation is less. Still, for truly severe shaking, you may need to balance the amount of movement compensation with the quality of the image.

NOTE: You only need to analyze a clip once. Adjusting the settings does not require new analysis.

WHAT YOU CAN ADJUST

There are three sliders that allow you to adjust the amount of stabilization and where it is applied. All three settings default to 2.5. A setting of 0 turns that setting off. A setting of 5 applies the maximum amount of compensation. The higher these numbers, the more an image needs to scale up.

Translation Smooth: This compensates for movement horizontally and vertically. Of the three controls, this has the greatest impact on stabilizing an image.

Rotation Smooth: This compensates for rotating the camera around the image. On many shots you may be able to decrease this setting without causing problems.

Scale Smooth: This compensates for shaky zooms. If you are not zooming during the shot, set this to 0. 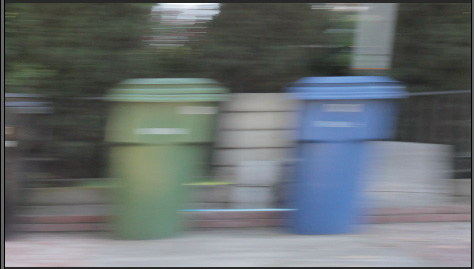 A new problem that appeared with the advent of DSLR cameras is “rolling shutter.” Notice in the screen shot above that both the trash cans and light post are leaning to the right?

DSLR cameras don’t take the entire image at one time. Instead, they record the image from the top of the image sensor to the bottom. If the camera isn’t moving too quickly, the slight time lag this causes creates no problem. But, if the camera is in the middle of a rapid pan – as it is here – vertical lines take on a decided lean.

Fortunately, this is easy to fix – and you can even adjust how vertical you want your lines to become.

As usual, select your clip, open the Inspector, and scroll down to Rolling Shutter. 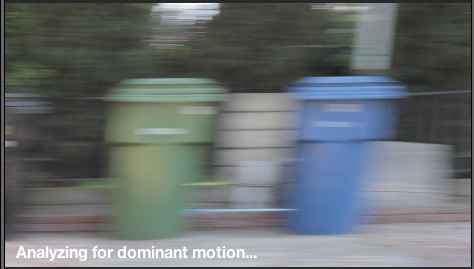 The analysis message appears again and Final Cut communes with itself to figure out what needs to be fixed. 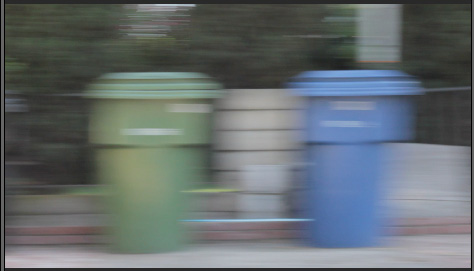 Again, when the analysis is complete, the image zooms in slightly and image lines are back vertical,  where they should be. (The blur is caused by the speed of the zoom. This is both natural and expected.)

You can adjust the amount of the correction by selecting one of these menu options. None turns the effect off. The higher settings cause greater amounts of compensation.

Most of the time, Medium, which is the default, should be fine.

NOTE: I’ve created new video training which helps you learn how to use the effects in Final Cut Pro X. Click here to learn more.