Here are three very cool FCP X techniques that I just discovered recently, plus one more for Motion that makes my life MUCH easier.

One of the things I love about Premiere and hate about Final Cut is that Premiere supports multiple keyboard shortcuts for the same function. If you’ve ever struggled to remember whether the Arrow tool was A or V, or the Blade tool was B or C, you know what I mean.

Recently, and I mean last week, I was stunned to discover that Final Cut, too, supports multiple keyboard shortcuts for the same function. VERY COOL!

Here’s how this works: 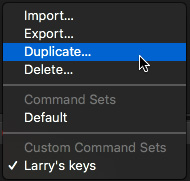 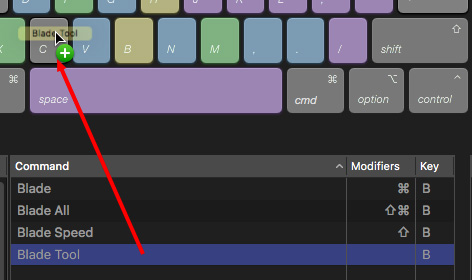 Ta-DAH! In the Command List, I now have two keyboard shortcuts for the same Blade tool.  Sigh… I’ve use FCP X since it was first released and I never knew this. 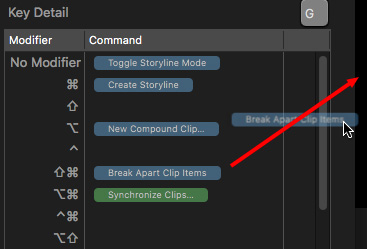 NOTE: You can only assign one shortcut per key combination. If you need to delete a shortcut that you no longer need, drag its name from the Key Detail list out of the Command Editor.

Have you ever deleted the audio, or video of a clip, only to realize that you need it back? Yup, me too.

Here’s a blindingly fast way to replace the timeline clip:

Literally, you can replace missing audio in less than 1/2 a second.

It seems I’ve gotten lazy and always trim my clips by dragging the In or the Out. However, there is a much faster way.

Of all the keyboard shortcuts that have ever existed in the history of the world, NONE have bothered me more than these two in Motion:

This shortcut combination has destroyed more student work than any other, as well as countless projects of my own.

What I learned today, as I was writing this, is:

Changing the Command set to Final Cut Pro, resets the Arrow tool shortcut to A. Or, if you want to use all the standard Motion keyboard shortcuts, you can reset just these two offenders.