Keyboard shortcuts are all about speed. When you know what you are doing and all you need to do is get is done, there’s nothing like a keyboard shortcut to make it happen.

In this article, I want to show how to create, modify and delete custom keyboard shortcuts in Apple Final Cut Pro X.

There are over 700 menu options in Final Cut Pro X; and hundreds of keyboard shortcuts. However, not every menu choice has a shortcut and not all shortcuts are directly tied to menu choices. 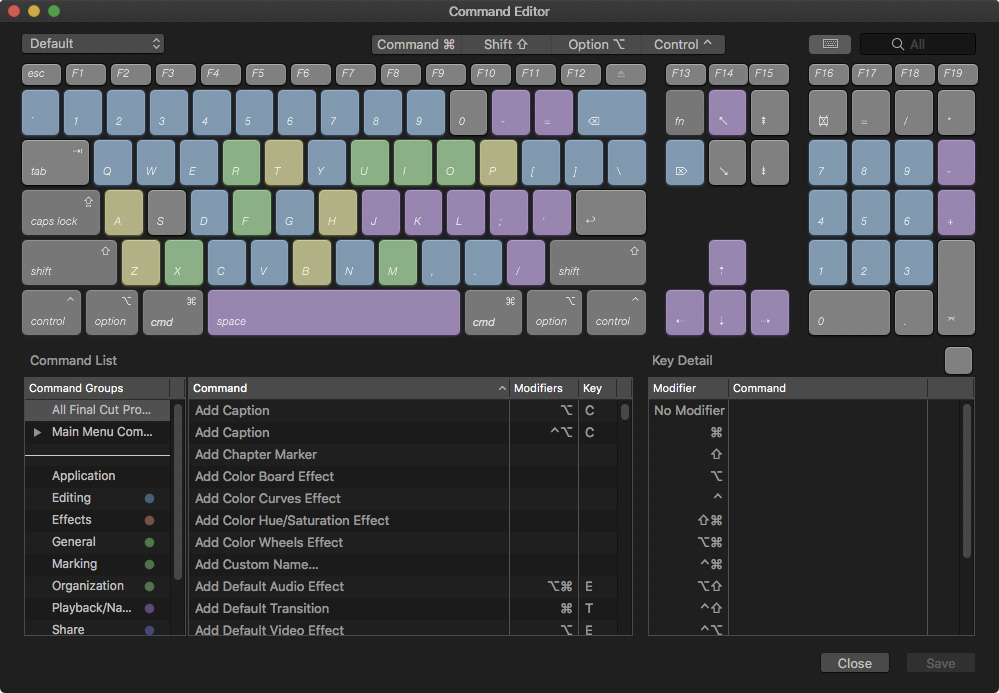 NOTE: The currently-attached keyboard is displayed at the top, in case your image doesn’t match mine.

Click one or more of the modifier keys at the top to display all keys that have shortcuts assigned when those modifier keys are pressed. (Gray means no shortcut is assigned to that combination of modifier and letter key.) 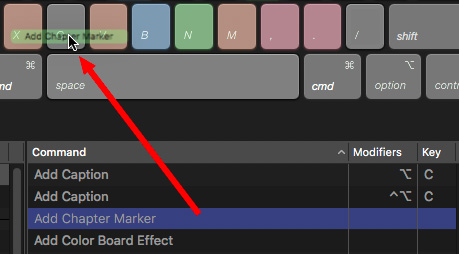 Here, for example, I have both Command and Shift clicked blue at the top, then I’m dragging Add Chapter Marker on top of the letter “C”.

Give the new command set a name – “Larry’s Shortcuts,” in this example – and click OK.

NOTE: Here’s a quick tip – if you have already created a custom command set, once you select the modifier keys and the command you want to apply the shortcut to, you can simply type the letter you want to assign to the selected menu option; you don’t need to drag.

If that’s all you need to do – create one or more shortcuts – click Save and Final Cut will save your command set and close this window.

NOTE: Click Close to close the window without saving any changes. 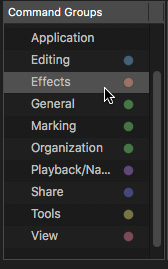 You probably noticed that the keys are color coded by function. If you want to see just those shortcuts associated with effects, for example, click the Effects text in the left panel. 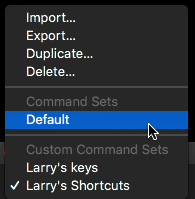 If you select a different command set after making changes, but before you click Save, this dialog appears. 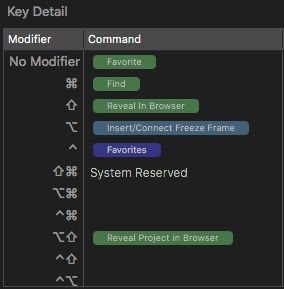 To create multiple shortcuts for the same menu, select the menu, then type the keys you want to assign to it. As you can see I created four different shortcuts for Add Chapter Marker. Um, by accident.

To delete a shortcut, select the key it is assigned to, then, in the Key Detail list on the right, drag the shortcut you don’t want out of the Command Editor window. It disappears in a puff of smoke. (You can’t delete a command or shortcut using the Command list.) 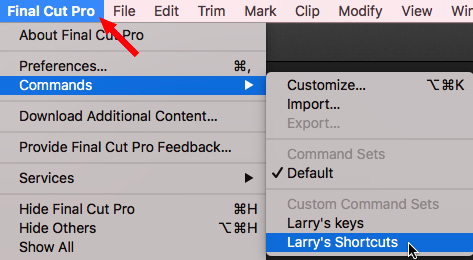 Finally, if all you want to do is switch between command sets, and not create any new shortcuts, you can do so in the Commands menu. Just pick the one you want.

Here are a baker’s dozen keyboard shortcuts that you may not know:

Control + [ comma / period ]: Move the marker your playhead is in one frame left or right.

C: Selects whatever clip the playhead/skimmer is in.

Cmd+G: Create a connected Storyline (I use this one a LOT)

Shift + X: Extend the selected edit point to the playhead/skimmer

Shift + I / O: Move playhead to start/end of the selected Range

Option + W: Inserts a gap clip into the Primary Storyline

Option + Cmd + Down Arrow: Overwrite the selected connected clip into the Primary Storyline

Option + Cmd + Up Arrow: Lift the selected Primary Storyline clip and make it a connected clip.

Option + ; / ‘: Move playhead to previous or next keyframe.