Control Where the Eye Looks 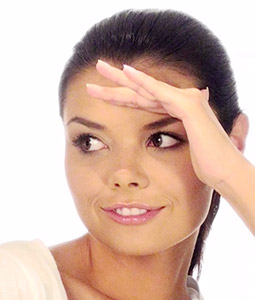 As editors, our goal is to control as precisely as possible what the viewer sees when they watch our programs. Clearly, the shots we choose to use, or don’t use, and careful trimming of each edit point are powerful techniques we use to tell a story.

But there are other, less obvious tools we can use that determine not just what shot the viewer sees, but WHERE in the shot they look first. Commercial directors and editors use these techniques all the time to make sure potential customers see the product first, then everything else second.

There’s no reason we can’t use these same eye attraction techniques to benefit our own projects.

According to research sponsored by the National Science Foundation, when we look at an image, we look at faces first; which should actually surprise no one. Additionally, according to the Eye Tracking Update — eyetrackingupdate.com/2010/07/28/eye-tracking-style-guides/ — when looking at a non-moving image:

If you want to learn more about where eyes look on webpages and print ads, do a Google search for “eye tracking.” You can spend a pleasant afternoon discovering all kinds of stuff about where our eyes look that you didn’t know.

Men and women look at the same image differently, which makes a difference in how you construct an ad because you need to take gender into account. Here’s an interesting article illustrating this process: www.businessinsider.com/eye-tracking-heatmaps-2012-5?op=1

BUT HOW ABOUT VIDEO?

There are two ideas I want to share with you in this article:

THE RULE OF THIRDS 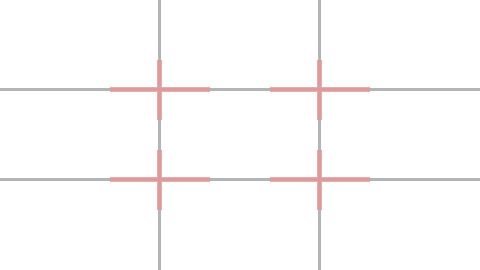 For centuries, painters and artists composed images based upon the Rule of Thirds. This Rule divides the screen into thirds both horizontally and vertically. Key image elements that we want the eye to linger over should be located where two of these lines meet – think of these as the “red zones” of the art world.

While it is true that putting something in the center of the frame will get the eye to look at it immediately, the eye gets bored very quickly and starts wandering around the frame, ignoring what’s in the center.

By composing key image elements at the intersection of these lines, the eye keeps getting “sucked back” to these intersections whenever it wants to wander away. You actually have to force your eyes to look elsewhere in the frame. 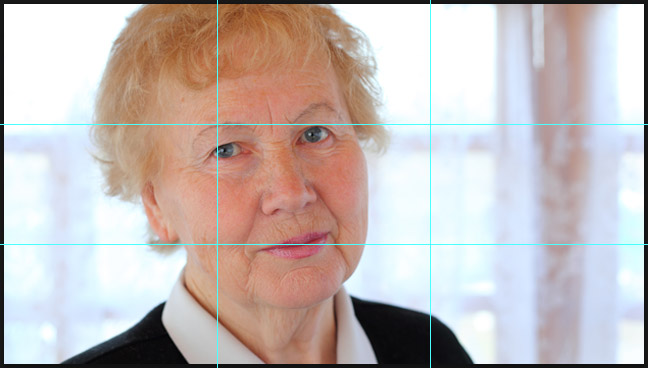 I follow this rule constantly during production when I’m framing interview subjects, shooting B-roll coverage, or with lower-third titles. Putting someone in the dead center of the screen is a fast way to get viewer attention to wander away and start looking for light stands hiding in the corners of the frame.

NOTE: You can prove this Rule for yourself. Visit any museum and look at paintings older than 100 years and you’ll discover that virtually all of them compose images where either perspective lines, or key image elements, sit almost perfectly along one of these lines. (Modern paintings follow this rule too, but they aren’t quite so obvious about it.)

Here’s a link that discusses this with illustrations: http://digital-photography-school.com/rule-of-thirds

While the Rule of Thirds is really helpful during production, it is less helpful in post. This is where a different set of rules kicks in. (I’m indebted to Norman Hollyn and his book: “The Lean Forward Moment” as the inciting event for these thoughts. Though, as I was re-reading it in researching this article, I realized that I’ve built on his initial thinking.)

There are six visual elements that determine where the eye will look first in an image or scene. These are ranked by importance:

NOTE: In fact, according to eye-tracking research done at USC, one of the key elements that helps the eye move across an edit is the movement of the subject in the frame. 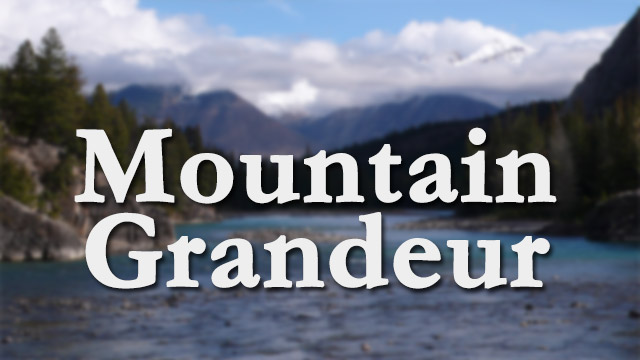 If nothing is moving, the eye goes next to that which is brighter. This is why so many titles are white. White calls the eye, forcing viewers to read your text before they go anywhere else in the frame.

If nothing is moving, and nothing is brighter, the eye goes next to the biggest object in the frame. And so on down the list.

Knowing these six elements, you can now control, with a fair amount of accuracy, the order in which viewers will look at elements inside the frame, even if there are no faces to be seen. For example, here’s a fictitious commercial that uses all these elements. Notice how you can virtually guarantee where the viewer’s eye will look based upon the six steps presented above:

I find these six techniques very useful when building titles and other graphical elements for all my programs — from training to commercials.

2 Responses to Control Where the Eye Looks