Configure a New Mac Studio for Video Editing [u]

This is a tale about want versus need. About lust masquerading as practicality. About the extremes of human desire. This is a story about… the new Mac Studio.

Holy smokes! Of course every video editor wants one – what’s not to like? Well, except for paying for it… or configuring it… or wondering what’s coming in the future.

Let me see if I can help.

Only. But that’s still a lot.

Until the Mac Pro shows up. At which point, we’ll wonder why we ever got excited about the M1 Ultra. Apple is always developing new chips and there will always be something faster in the future. Always.

I still want a Mac Studio.

DETERMINE WHAT YOU NEED

If all you need to edit is HD video, even HD multicam, any computer released in the last five years has the performance you need. Recent computers include hardware acceleration for H.264 which seriously speeds working in this format. They also include more capable GPUs, which is required for faster renders and exports. If this describes you, then you don’t need a Mac Studio to do your work. However, that doesn’t mean you don’t want one.

The Mac Studio is designed for heavy-duty power users. I’m not saying “pros,” because even amateurs and hobbyists can appreciate and use a powerful system. But, this is not for “consumers,” it’s for “creators.”

If you are editing 4K media on a regular basis, editing multicam projects with 10 or more cameras, editing frame sizes larger than 4K, working extensively with RAW or Log media, or have deadlines that begin with the word “Yesterday,” you can benefit from the Mac Studio.

Plus, it’s safe to say that the inherent power of the Mac Studio helps protect against the inevitable growth in frame sizes and complex codecs. While converting media to new codecs will continue migrating to the Cloud and distribution platforms, the need to manipulate video formats in a timely basis will continue.

NOTE: We can all benefit from the Mac Studio. I’m looking at this from the perspective of need and budget. If you have the money – buy one. In fact, buy two and send one to me.

A SIDEBAR ON PORTS

I want to congratulate Apple on releasing a pro system that has more than two ports. I LOVE the inclusion of 10G Ethernet on its own port, HDMI on its own port, two USB – A connectors on their own ports. A UHS-II SD card reader on the front. PLUS six USB-C/Thunderbolt ports. And a real honest to goodness power cable, not a brick!!

This is SUCH A WELCOME CHANGE! Yay, Apple!

I’m also grateful that it isn’t the thickness of a sheet of paper. Power has a price – and that price is enclosures large enough to hold the ports, heat sinks and chips we need to get our work done. Thank you, again, Apple.

What Apple is saying with the Mac Studio is that the pro user needs a different type of computer than a consumer. More speed, more ports, more capability. A computer that is part of a larger system of monitors and peripherals. Not because we necessarily need all these features right now, but that any computer we buy today we expect to use productively for 4-8 years. That requires front-loading the hardware to last the distance. These are computers we use as the foundation for earning a living.

We need to consider three types of customers:

Here’s what I recommend. 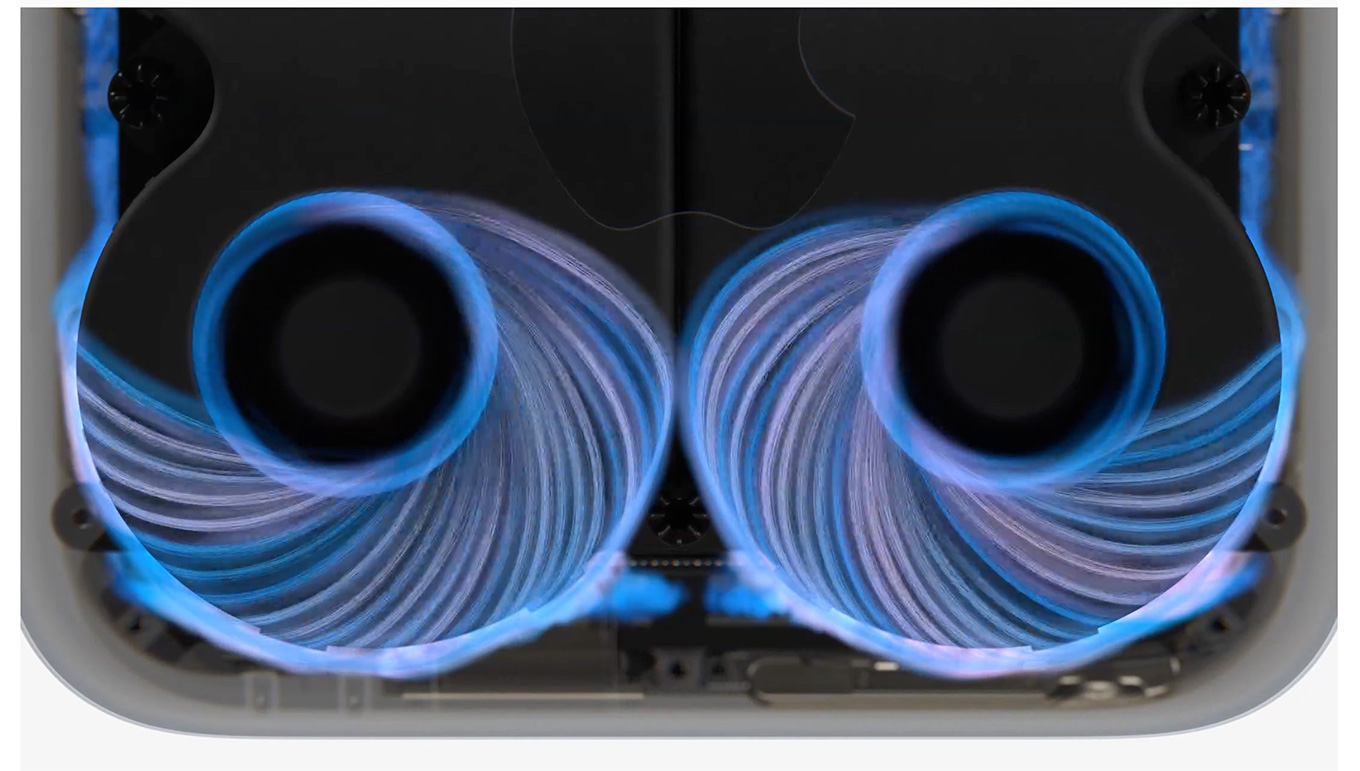 Video editing requires RAM, but not massive amounts of it. The reason is that regardless of how much RAM you have, video files are bigger. For this reason, video editing software grabs media files from storage as needed during playback. It never needs to load an entire media clip into RAM before starting playback. Yes, where possible, files are cached in leftover RAM, but spending money for more RAM than you need would be better spent on high-speed external storage.

The CPU manages media, importing, editing, timeline playback and Transform effects. Essentially everything that treats a clip as a unit. The GPU changes pixels. So it is involved in rendering, effects, color adjustments, and export. While more GPUs make rendering faster, there’s a point where the increase in speed doesn’t really matter, the difference in actual time is not meaningful. It will take you more time to think about the next shot, or review the trim, or decide whether the effect looks “good,” than the computer does to render.

The key to successful video editing is not the computer but the speed and capacity of your storage. Regardless of how much storage you have on your system, you will always need more. I don’t even edit full time and I have 150 TB of storage in my office! That’s a stupidly large amount of data. Internal storage should be used for the OS, apps, work files and the files you need to live your life. Media should live externally. Especially because this isn’t a portable system like a laptop.

How much storage you need depends upon your budget. While you can buy more, you don’t need more, you just want more.

A SIDEBAR ON STORAGE

In thinking about this further since I first wrote this, I should clarify something. There is nothing wrong with storing a project and media on your internal drive – especially if it is on the smaller side – and editing it. The speed of the internal drive is blindingly fast. Your software will hum, editing will go fine and you will be happy.

But using the internal drive for longer term storage is wasting a precious resource. Media files are SO large, and we often need to store them for such a long time, that spending extra money to buy a larger SSD, instead of investing in less expensive external storage, is spending money in the wrong place.

If you still need editing speed, an external, ThunderBolt 3 or 4 RAID filled with SSDs will be a performance monster and, in all likelihood, cost less than adding internal storage to the Mac.

The M1 Max is not one bit slower this week than last week, when we were all salivating over it. If money is limited, the M1 Max will do you proud.

Performance-focused but still on a budget

Performance, without being stupid about money

With all these systems, you can spend more, but I don’t think you’ll see an increase in performance. Keep in mind that you still need to purchase a monitor, keyboard, and mouse (or other pointing device).

NOTE: Currently the Apple Studio Display is getting generally poor reviews. I would hold off buying one until Apple fixes some pretty signifiant bugs.

This last week, rumors abounded about the future of the 27″ iMac. Yes, Apple removed it from the Mac Store. But, aside from that, Apple has said nothing official. Keep in mind that rumors are not shipping product. And even if the rumors are true, Apple can change its mind. When making any buying decision, make it on the basis of your needs and what’s available. Never make a decision based on a rumor. In spite of all the post-event spin, no one knew the Mac Studio,  M1 Ultra, or the Studio Display – was coming ahead of time. Rumors all thought these were something else.

WHAT WOULD LARRY DO?

If I were buying a computer now – and I’m not for reasons I’ll explain in the next paragraph – I’d buy the middle system. My next computer is one that I need to use for the next 8-10 years. This meets that bill. I don’t need more GPUs or more RAM because the limit to editing speed is no longer my computer, but how fast I can think, type, and preview. All that extra computing power won’t help me make a better decision. It just allows me to execute that decision faster.

However, extremely tempting as the Mac Studio is today – and I really do like what I read about it – I’m waiting. WWDC, in June, is where Apple pitches its professional products alongside its annual OS update. During their event this week, Apple teased that they have one more system to go – the Mac Pro. The perfect time to launch it is WWDC. It may not ship then, but after the keynote we’ll have a better sense of where the Mac Studio fits into Apple’s future. As well, we’ll have a better idea of its real-world performance, availability, discounts… and delivery times will have improved.

So, I’m reading, and watching and budgeting. But not buying until after Apple finishes their announcements at WWDC. Then, I look forward to spending my money.