If you have ever needed to remove an unwanted object from a video clip, the Motion Key effect in Boris Continuum Complete 9 (BCC) will do the trick; with simply stunning results.

NOTE: Although I demo this effect using FCP X, BCC is fully compatible with the following software. This means that whatever you are using for editing, you can achieve the same results with your system.

Earlier this week, the folks at Boris FX asked me to host a webinar looking at a few of the effects inside the latest release of Boris Continuum Complete 9. With over 230 effects, backgrounds and transitions in the package, there was no way to cover all of it in an hour. So we agreed I’d cover their 3D Text Extrusion generator and Image Restoration effects.

The BCC Motion Key effect is one of the effects in Continuum. However, it is also available in what Boris FX calls the “Continuum Complete Image Restoration Unit,” which is a less-expensive subset containing just the image restoration tools. 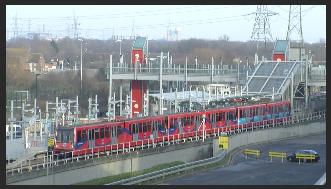 Imagine that this scene, shot by Michael Powles at BVE 2014 in London earlier this year, isn’t REALLY about a modern train. Instead, it is a story about the separation of two lovers in 1900 as he heads out to seek his fortune and their sad parting at the train station.

EXCEPT, in the middle of this romantic period piece, some idiot drives a modern car into your shot. After flogging the production assistant that foolishly allowed this to happen, we are still left with the conundrum of how to get rid of the stupid car.

We could zoom in, but that would cost us the majesty of the wide shot. We could kill the shot, but, except for the car, the rest of the shot is perfect. And it really fits into the emotion of their parting.

The solution is an absolutely stunning effect from Boris FX called BCC Motion Key. Here’s how it works.

Edit the clip into your project that contains the object you want to remove.

Apply the BCC Motion Key effect from the Effects Browser to the clip. (Yes, that is one of the more, um, off-beat icons for an effect that I’ve ever seen.) 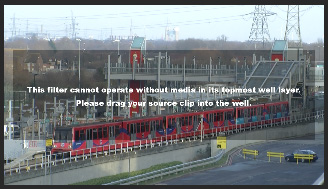 Instantly, you see a message displayed on the clip that this effect needs more information before it will work.

Set the Mode to Setup Region and the Area Selection to either Oval or Rectangle, whichever most closely resembles the shape you want to remove. In this example, I’m using a rectangle.

Position the Timeline playhead just after the car (object) appears in the frame. (You could put it just before the car appears, but, then, you wouldn’t be able to see the car to position the effect…)

Then, adjust the Area Position settings so that the Selection Rectangle fully encloses the car. Set a keyframe for Area Position to mark the start of the area we want to remove.

Move the playhead through the clip and set keyframes for Area Position so that the car is fully tracked by the rectangle.

You will also probably need to adjust the size of the rectangle using the Area Scale slider. If your object changes size as it moves through the frame, keyframe the Area Scale setting by clicking the gray diamond to the right of the setting. (A gold diamond indicates a keyframe exists at the position of the playhead.)

It is very important that the object you want to remove be fully enclosed by this tracking rectangle.

Continue the process of setting keyframes until the entire movement of the object you want to remove has been tracked.

Now the magic starts. Change the Mode to Remove Area.

Poof!!! The car is gone. (This is a totally unretouched screen shot at the same frame as the image three images above.)

If elements of the car remain, increase the size of the Replacement Range. In this example, I increased it to 400. (The default setting is 30.) This setting determines how many frames the effect will search thorough in the clip to find a clean frame to clone from.

Boris FX is legendary for providing tons of controls for all of their effects, which means you have plenty of settings to tweak to make your effect look the way you want. However, for those times when you absolutely, positively need to make that stupid car/set piece/relative disappear, this effect can work wonders.

WHAT THIS NEEDS TO WORK

While the camera does not need to be on a tripod, it helps if there is not a lot of excessive movement in the frame.

Also, you need at least one frame, preferably more, in the shot that do not include the object you want to remove. Effects people call this a “clean plate.” Motion Key locates this frame automatically and, essentially, clones it into the selection area we set earlier.

Finally, in an FCP X-specific note, image wells do not recognize Ins or Favorite regions. In other words, if you need to trim the clip when editing it to the Timeline, the best way to do this is to create a separate project, edit and trim the clip in that project, then export it as a stand-alone video clip. Import that trimmed clip so that the In is properly recognized by the image well.

This effect isn’t new. In fact, Boris released it several years ago. (I first wrote about it in 2010.) However, what I like now is that we don’t need to invest in the entire Boris Continuum Complete suite in order to clean up our images.

Even after all this time, I continue to be amazed at how easily this makes unwanted elements in our clips disappear.